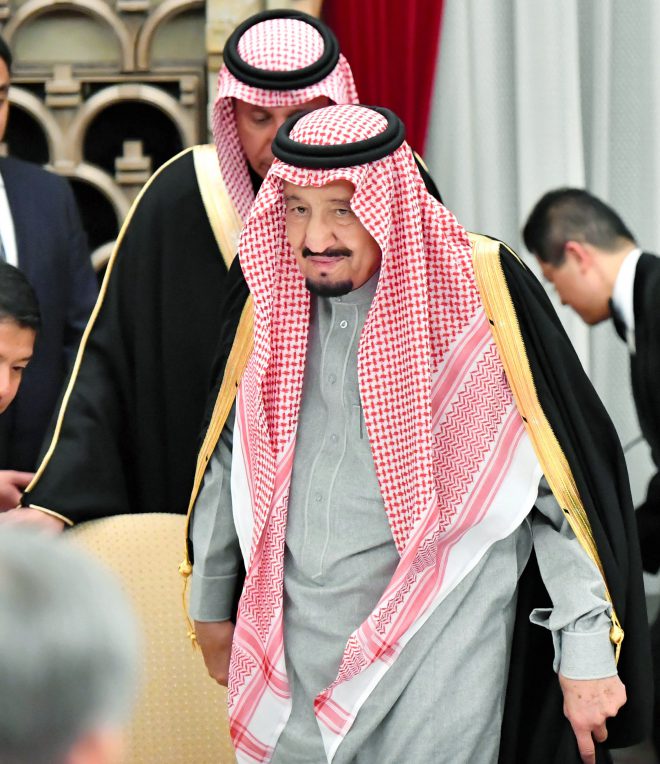 TOKYO- Japan’s three megabanks signed on Tuesday a memorandum of understanding with the Saudi government to support Japanese companies’ expansion into the Persian Gulf nation.
The move came on the sidelines of a meeting of the industry ministers of Japan and Saudi Arabia in Tokyo.
Toyota Motor Corp. also agreed with the Saudi side to conduct a study on its possible production of automobile components in Saudi Arabia.
The three are Bank of Tokyo-Mitsubishi UFJ, Sumitomo Mitsui Banking Corp. and Mizuho Bank.
They plan to provide Japanese firms with information on Saudi Arabia through seminars and other occasions.
Tokyo-Mitsubishi UFJ said it will obtain a local banking license in the Middle Eastern country.
The Saudi government is keen to attract foreign companies to reduce the country’s reliance on oil revenues.
On Monday, the two governments released the “Japan-Saudi Vision 2030,” under which Japan will support Saudi Arabia’s social and economic reforms through some 30 joint projects in a total of nine areas.
At the ministerial meeting, Japan’s Hiroshige Seko proclaimed the start of a “new era of the bilateral relations.”
Saudi Arabia’s Economy and Planning Minister Adel Fakeih said his country is looking forward to seeing the joint vision implemented. (Jiji Press)