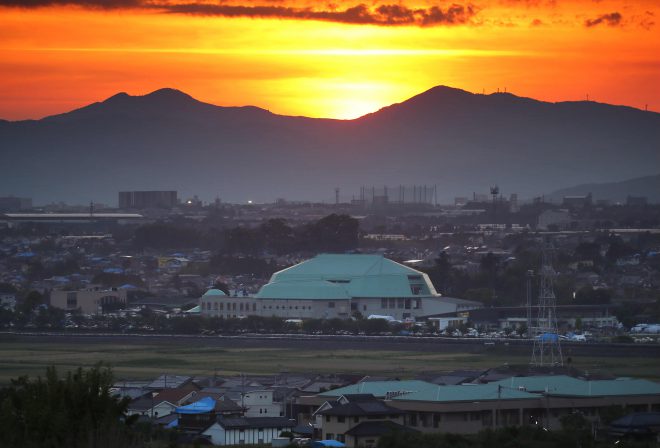 MASHIKI, KUMAMOTO PREF. -A memorial service was held in Mashiki, Kumamoto Prefec­ture, southwestern Japan, on Saturday for victims of the pow­erful earthquakes that ravaged the town a year ago. The ceremony, organized by the Mashiki town government, brought together 390 people, in­cluding bereaved relatives and municipal officials. The participants offered a si­lent prayer for the victims. The quakes left 37 people dead in the town, including those who died from indirect causes relat­ed to the disaster. A foreshock with a magni­tude of 6.5 hit Kumamoto Pre­fecture and nearby areas on April 14, 2016, followed by the 7.3-magnitude main quake two days later. In Mashiki, both quakes registered the highest reading of 7 on the 10-point Jap­anese seismic intensity scale. "We aim to reconstruct the town as early as possible by uniting together and supporting each other," Mashiki Mayor Hi­ronori Nishimura said at the cer­emony. (Jiji Press)