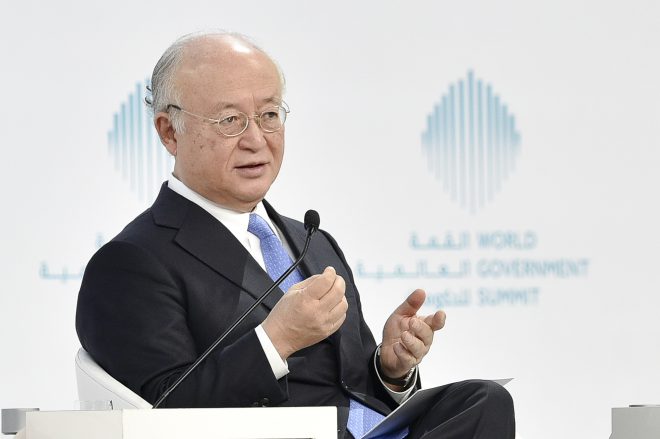 WASHINGTON- North Korea has doubled the size of its uranium-enrichment facility at Yongbyon in recent years, the chief of the International Atomic Energy Agency told The Wall Street Journal on Monday.
The IAEA’s satellite imagery has indicated the progress in North Korea’s nuclear program, Yukiya Amano, director-general of the Vienna-based U.N. nuclear watchdog, was quoted as saying.
“The situation is very bad...It has gone into a new phase,” Amano said. “All of the indications point to the fact that North Korea is making progress, as they declared,” he said.
The IAEA’s Board of Governors earlier this month supported Amano, a former Japanese diplomat, for a third term. (Jiji Press)