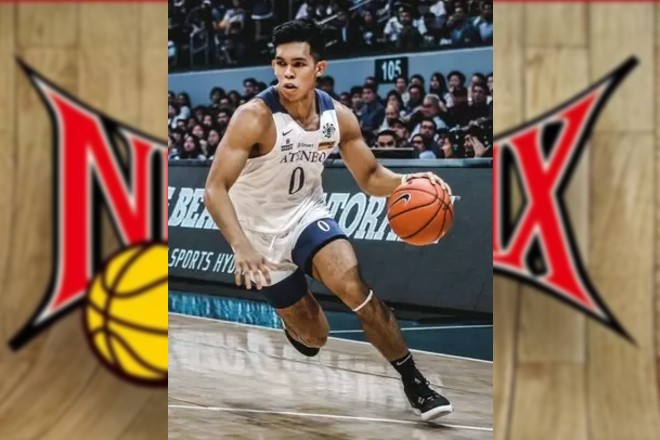 Thirdy Ravena, a three-time Most Valuable Player in the Universities Athletic Association of the Philippines for Ateneo, will be playing  for San-en Neo Phoenix in the Japanese professional basketball league.

The news was announced in the team's website. San-en Neo Phoenix is based in Aiichi Prefecture. The team finished 5-36 last year and the league cancelled its latest season in March.

Ravena will be the first Filipino to play in the Japanese league under the first year of the Asian Player Quotas.

In an interview with CNN Philippines Wednesday night, Ravena said the proximity of Japan to the Philippines was factor in deciding to play.

His mother, Mozzy, a TV volleyball analyst, said in a Facebook messenger interview the team wants Thirdy to be in Japan by the first week of July.

Thirdy's father, Ferdinand, was rookie of the year in the Philippine Basketball Association in 1992.

''Now that I am actually playing a point guard-shooting guard position, I have to have better handles and also be more consistent with my shooting,'' the 23-year-old Ravena told the network.

The beefy, 6-2 Ravena had a strong debut for the Philippine team which qualified for the 2019 FIBA World Cup, with his energetic play on both ends of the court.

''I think before the UAAP (season last year), there were feelers although serious offers came in early this year,'' said Mozzy. DMS