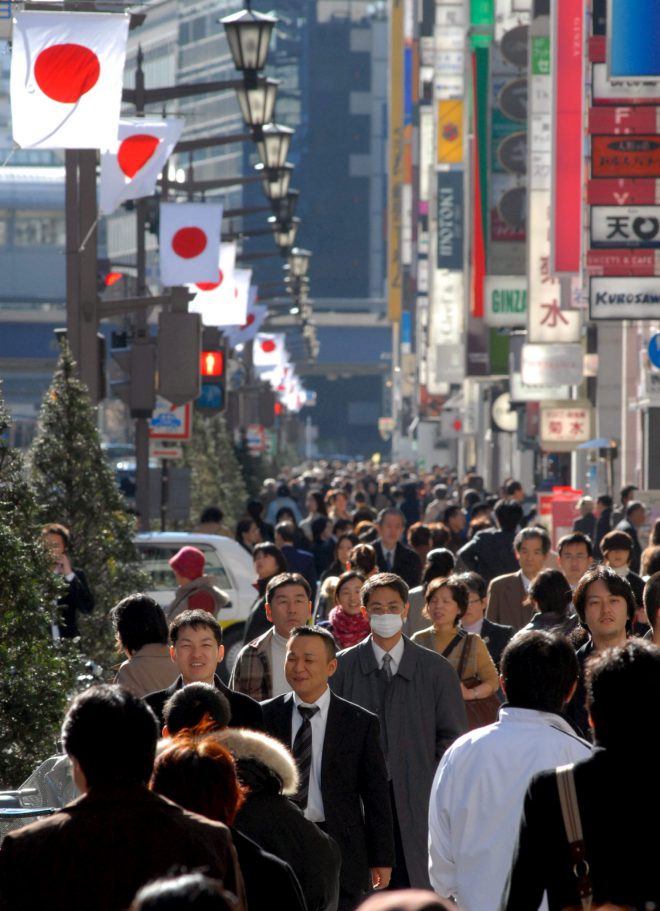 Record 66% of Japanese satisfied with society

TOKYO- A record 65.9 pct of Japanese people are satisfied with the current society on the whole, a government survey showed Saturday.
The satisfaction rate rose 3.9 percentage points from the previous survey last year to rewrite a high for the second consecutive year. The Cabinet Office started the study in 2009.
Meanwhile, 33.3 pct said they are not satisfied, with the dissatisfaction rate dropping 3.9 points to the lowest level on record.
According to the survey’s detailed results, 43.2 pct of respondents were content with high-quality living conditions, 27.0 pct with systems that allow people to remain healthy both mentally and physically and 17.8 pct with environments in which people are encouraged to be more ambitious and study more.
Those figures were almost unchanged from the previous survey.
As for unsatisfactory situations, 43.0 pct pointed to living on a tight budget without prospects for better earnings, followed by 35.5 pct underlining difficulties for young people to go economically independent.
Although the two figures went down 1.4 points and 1.6 points, respectively, the proportion of people who answered child-rearing is becoming tougher increased 0.2 point to 28.7 pct.
The government agency conducted the survey on Jan. 19-Feb. 5, which covered 10,000 people aged at least 18 across Japan. Of them, 59.9 pct gave valid answers.
It also found that 34.6 pct of the total valid responses rated government policies as reflecting public opinion, up 4.7 points.
Asked to pick policy areas seen as moving in the right direction, 31.4 pct cited medical care and welfare, up 2.2 points, and 22.0 pct public security, also up 2.2 points.
Conversely, a record 28.2 pct, up 4.0 points, said the defense policy is in the wrong direction. The foreign affairs policy also drew such a negative evaluation from 26.7 pct of the total, up 8.1 pct.  (Jiji Press)