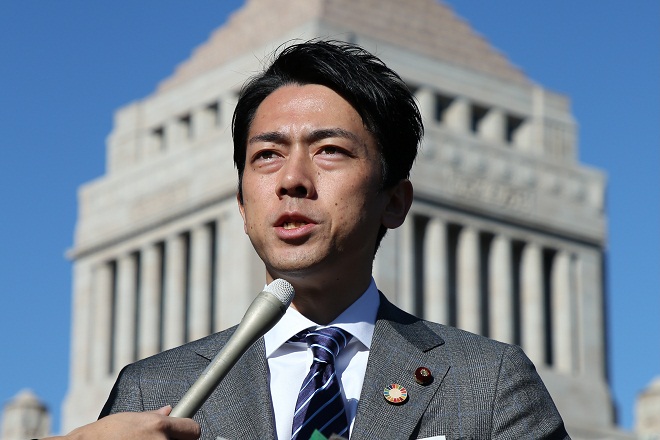 London- The Times has selected Japanese Environment Minister Shinjiro Koizumi as one of the "Twenty faces to look out for in 2020."

There are two opposite views of Koizumi--either he is a hereditary political aristocrat with a pretty face but no original ideas or he is the most interesting and promising Japanese politician of his generation, the British newspaper said, adding that Koizumi will face a real test this year.

Koizumi looks full of confidence and has expensive-looking hair, the paper said, adding that he is also a shrewd political operator who has risen to power in a nationalist conservative government while maintaining about himself an aura of liberal-minded cool.

Koizumi, the second son of former Japanese Prime Minister Junichiro Koizumi, who was in the top government post in 2001-2006, became environment minister in a cabinet reshuffle in September 2019, taking up a ministerial post for the first time.

The 38-year-old rising political star made headlines when he announced in August last year that he would marry Christel Takigawa, a freelance television presenter. The couple soon filed a marriage notification to a city office.