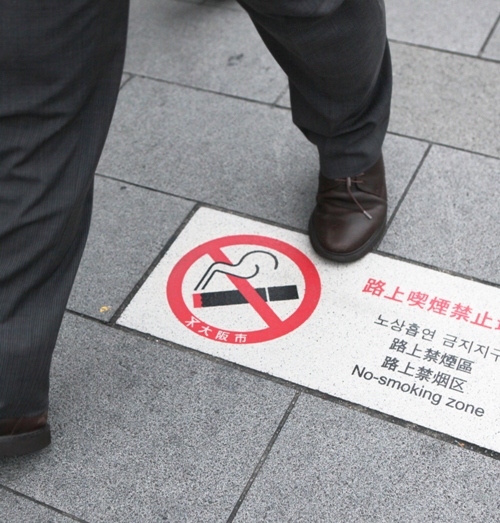 TOKYO- A smoking ban that Japan’s health ministry plans to impose on restaurants in the country with some exceptions will cover small “izakaya” eateries and “yakitori” skewered chicken restaurants, informed sources said Saturday.
In its work to draft an amendment bill to the health promotion law, the ministry aims to prohibit indoor smoking at eating and drinking places. Faced with strong opposition from the restaurant industry and other parties concerned, however, it is considering exempting small bars with floor space of 30 square meters or less from the ban.
There are calls for allowing smoking in small izakaya and yakitori houses, too, as their main customers are adults coming to have alcoholic drinks with food. But the ministry intends not to make them exceptions because those places are also used by families and foreign tourists, the sources said. Expanding the scope of exceptions will make the envisaged legislation ineffective in preventing passive smoking, they added.
The ministry aims to introduce the bill during the current Diet session. But the bill-drafting work may not progress smoothly, because some lawmakers of the ruling Liberal Democratic Party are persistently demanding smoking be allowed in all small eateries. (Jiji Press)