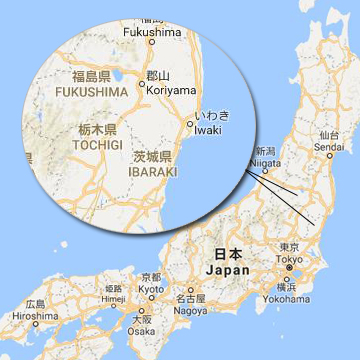 TOKYO- A pair of earthquakes with a preliminary magnitude of 5.3 and 5.8 struck Fukushima and Ibaraki prefectures in eastern Japan early Thursday, the Japan Meteorological Agency said. No tsunami warning was issued. The temblors occurred at around 12:44 a.m. and 2:53 a.m., originating at depths of about 60 and 30 kilometers off the coast of Fukushima. They measured up to 4 on the Japanese seismic scale of 7 in southern Fukushima and northern Ibaraki. After the quakes, no abnormalities were detected at two nuclear power plants -- the crippled Fukushima Daiichi and idled Fukushima Daini, according to the operator, Tokyo Electric Power Company Holdings Inc. Fukushima was hard hit by the March 11, 2011 earthquake-tsunami and nuclear crisis. (Kyodo News)