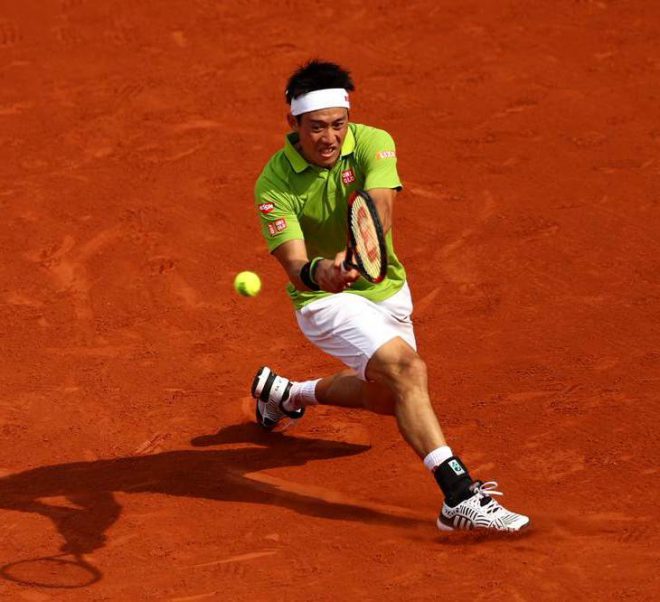 BRISBANE- World No. 5 Kei Nishikori of Japan failed to capture his season-opening tournament, losing 6-2, 2-6, 6-3 to Bulgaria's Grigor Dimitrov in Sunday's Brisbane International final. Nishikori failed to capitalize on a second-set comeback, allowing Dimitrov, the seventh seed and world No. 17, back in the match. The win was the 25-year-old Bulgarian's first over Nishikori in their four career matches. "He played superb tennis," Nishikori said of the new champ, who refused to be driven behind the baseline and open up the court. "Too often, I waited for him to make mistakes," Nishikori said. "I began attacking less and less as I had in the second set. And that was the reason he could play more aggressively (at the end)." Although the third-seeded Nishikori had the upper hand at the start, some unbelievable shots allowed Dimitrov to stay even and earn the first break to go up 4-2. Nishikori varied his shots and serves, but Dimitrov returned well and simply got to everything until the Japanese star started rushing and throwing away points. "His defense was so much better than last time," Nishikori said. "In particular, he kept returning low slices to his left and right. I felt it was really hard to win points. On top of that, he played more aggressively than before and I felt he came to the net more. So he made it quite tough on me." Nishikori lost five straight games before a couple of mistakes by Dimitrov allowed him to survive a breakpoint and pull even at 1-1 in the second set. Nishikori began matching Dimitrov's circus shots with his own, won two service breaks and closed out the set as the Bulgarian appeared frustrated and less able to anticipate the Japanese player's shots. Although Dimitrov had appeared sluggish at the end of the second set, a long rest while Nishikori sought medical treatment after the set appeared to help. Nishikori had to survive the final set's first breakpoint to pull level at 1-1. But after 3-3, Dimitrov seized control, and clinched the championship when Nishikori returned long on the first match point. The title was Dimitrov's fifth on tour and his first in three seasons. Nishikori was the third top-10 player Dimitrov knocked off en route to the championship. "It's been a pretty emotional past year, so this trophy means a lot," Dimitrov said after receiving the Roy Emerson trophy according to the ATP tour's website. (Kyodo News)