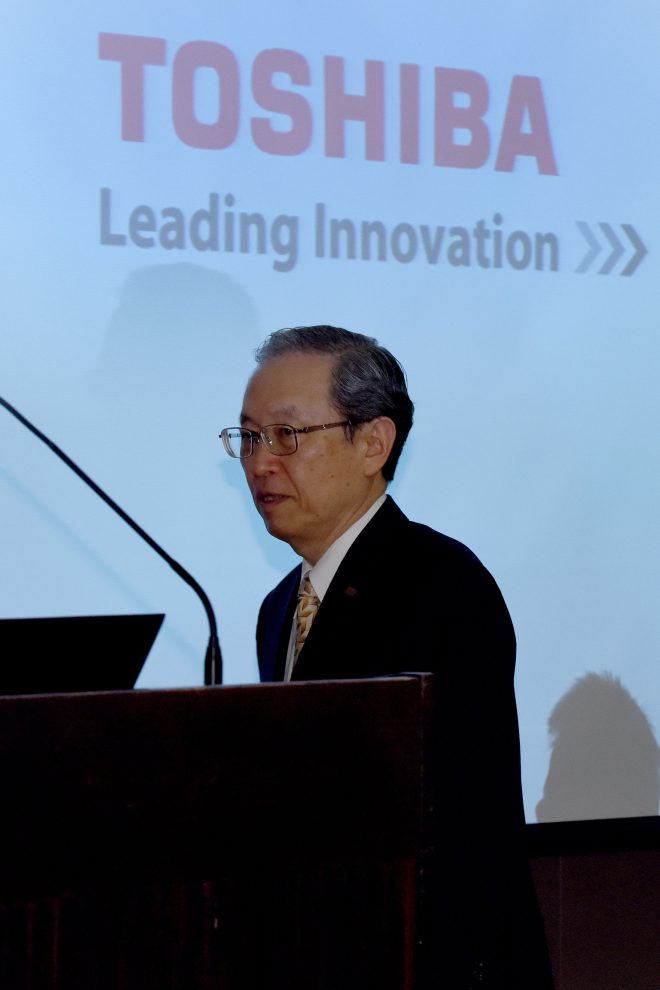 TOKYO- Toshiba Corp.  released unaudited earnings for the year that ended in March on Monday, projecting a consolidated net loss of 950 billion yen chiefly stemming from massive losses from its nuclear operations.
Toshiba announced the provisional figures as the company failed to obtain approval from its auditor of its earnings numbers due to gaps over losses at its US nuclear unit, Westinghouse Electric Co., which filed for Chapter 11 bankruptcy protection in March.
Last month, the struggling Japanese electronics and machinery maker disclosed earnings results for the nine months that ended in December without the auditor's approval.
Monday is the deadline set by the Tokyo Stock Exchange for Toshiba to release its annual earnings numbers, as the exchange asks listed companies to disclose results within 45 days of the end of their fiscal year.
While the auditing process is still ongoing, Toshiba released the provisional figures because of the deadline, the company said.
"We will try our best to complete the auditing process appropriately and as soon as possible through cooperation with the auditor," Toshiba President and Chief Executive Officer Satoshi Tsunakawa said at a press conference.
"I sincerely apologize for causing concern and trouble for Toshiba shareholders and investors," he said.
The annual net loss marks the largest ever among Japanese manufacturers, surpassing the previous record of 787.3 billion yen posted by Hitachi Ltd. in the year that ended in March 2009.
Due to the loss, Toshiba suffered a debt excess totaling 540 billion yen on a shareholder equity basis and 260 billion yen on a net asset basis as of the end of March.
The company's stock will be delisted from the TSE if Toshiba fails to see its assets exceed debts as of the end of March 2018 based on the exchange's rules.
Toshiba said the planned sale of its flash memory operations, which the company values at over 2 trillion yen, is expected to pull it out of negative net worth by the end of March next year.
But it may face a delay in the sale as Western Digital Corp., a memory business partner, filed a petition on Sunday with an international arbitration court to block the sale without its consent.
Toshiba has until the end of June to submit an annual financial statement to the Kanto Local Finance Bureau after undergoing a review by auditor PricewaterhouseCoopers Aarata LLC.
Tsunakawa said at the press conference that his company will do its best to submit the financial statement by the deadline.
But Toshiba is highly likely to file for an extension of the deadline because of a delay in the auditing process, sources familiar with the situation said.  (Jiji Press)