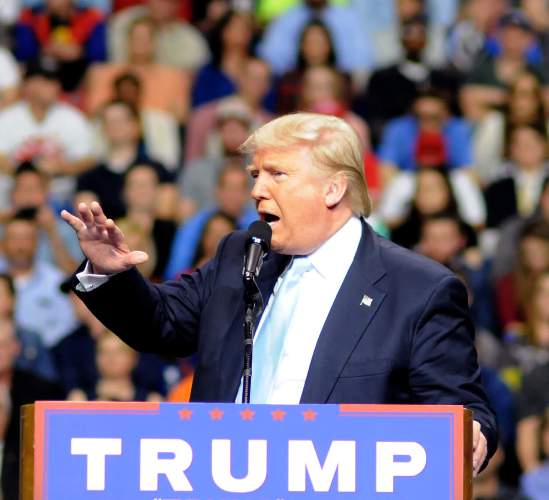 WASHINGTON- U.S. President-elect Donald Trump is considering appointing William Hagerty, a close aide and key member in his transition team, as ambassador to Japan, a member of the team told Kyodo News on Wednesday. Hagerty, 57, is in charge of political appointees for Cabinet and other senior posts in a Trump administration to be launched Jan. 20. Hagerty is said to have close ties with the Republican establishment, partly because he worked for the 2012 presidential campaign for Republican nominee Mitt Romney. Hagerty also served under the administration of President George H.W. Bush. Hagerty is familiar with Japan, having lived in Tokyo for about three years while working for the Boston Consulting Group. He has built ties with Japanese economic circles through his posting to Japan, as well as his work as manager for economic development for the government of his home state Tennessee. Hagerty's planned appointment has already been conveyed to the Japanese government, the member said. If Trump nominates Hagerty and Congress confirms his nomination, Hagerty will replace Caroline Kennedy, who took up the ambassadorship in Tokyo in 2013. According to the U.S. Embassy in Tokyo, Kennedy will leave office and return to the United States before Trump's inauguration on Jan. 20. U.S. Deputy Chief of Mission Jason Hyland in Tokyo will be in charge of the mission until the next U.S. envoy takes office. Japan's top spokesman Yoshihide Suga said Thursday he will refrain from commenting on the anticipated appointment of Hagerty, saying, "There has not been an announcement from Mr. Trump's side." Chief Cabinet Secretary Suga told reporters he expects an incoming ambassador's role is to "develop friendship relations between Japan and the United States." Several names have been floated as Trump's possible choice for ambassador to Japan including Jon Huntsman, a former ambassador to China, and former professional baseball player and manager Bobby Valentine, whose career included stints at the helm of Japanese club Chiba Lotte Marines. (Kyodo News)