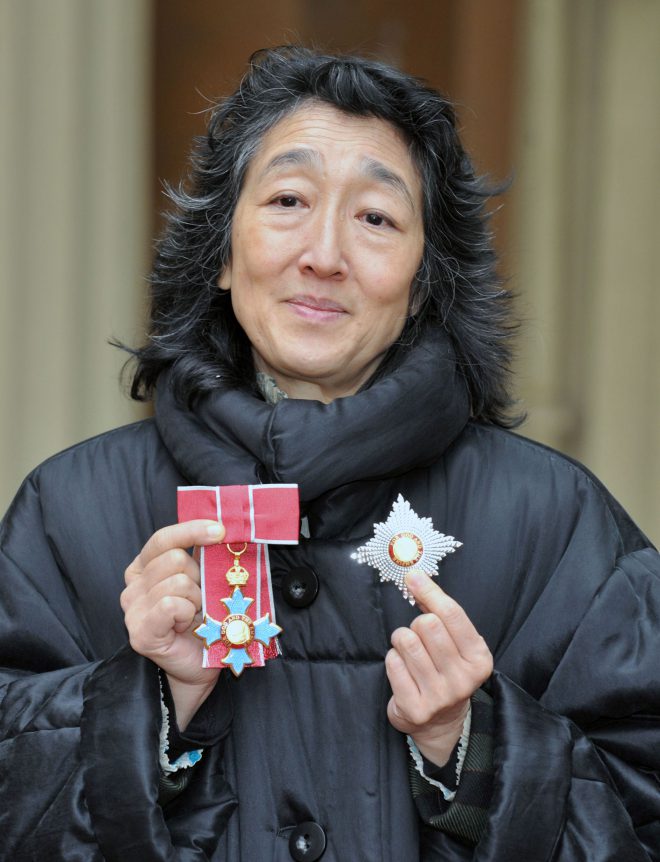 LOS ANGELES- A classical solo vocal album in which Japanese pianist Mitsuko Uchida participated as an accompanist won a Grammy Award at the 59th annual ceremony for the prestigious music awards held in Los Angeles on Sunday.
This is the second Grammy for Uchida, 68, now based in Britain. In 2011, she won the Grammy Award for Best Instrumental Soloist Performance with Orchestra.
The 2017 Grammy award for Uchida marked the second straight year of such recognition for the Japanese classical music world, after prominent conductor Seiji Ozawa, now 81, won the Grammy Award for Best Opera Recording in 2016.
Uchida’s Grammy-winning album, “Schumann & Berg,” recorded a live performance in which she accompanied German sopranist Dorothea Roeschmann.
It shared the Grammy Award for Best Classical Solo Vocal Album with “Shakespeare Songs” by Ian Bostridge and Antonio Pappano. Born in Atami, Shizuoka Prefecture, central Japan, Uchida moved to Vienna at the age of 12. She won the second prize in the International Chopin Piano Competition in 1970.
Known as one of the world’s most acclaimed interpreter of the works of Mozart, Uchida won the Praemium Imperiale Award in Honor of Prince Takamatsu in 2015. (Jiji Press)