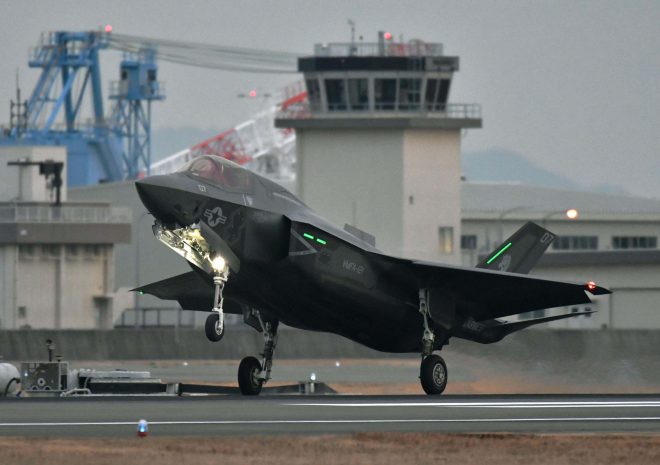 YAMAGUCHI- A group of F-35 fighter jets arrived at a US Marine base in western Japan on Wednesday, marking the first deployment of the stealth aircraft outside the United States and reflecting the country’s policy of focusing on Asia.
The move is expected to increase the importance of US Marine Corps Air Station Iwakuni as a key military post in the region at a time when Japan faces rising Chinese maritime assertiveness. Some F-35s will arrive later, raising the total number of the deployed aircraft to 16, according to the US military.
The Yamaguchi Prefecture base is also set to accept about 60 carrier-based aircraft now stationed at the US Navy’s Atsugi Air Facility in Kanagawa Prefecture, with the relocation to start in the second half of this year in line with a realignment plan for US forces in Japan. (Kyodo News)