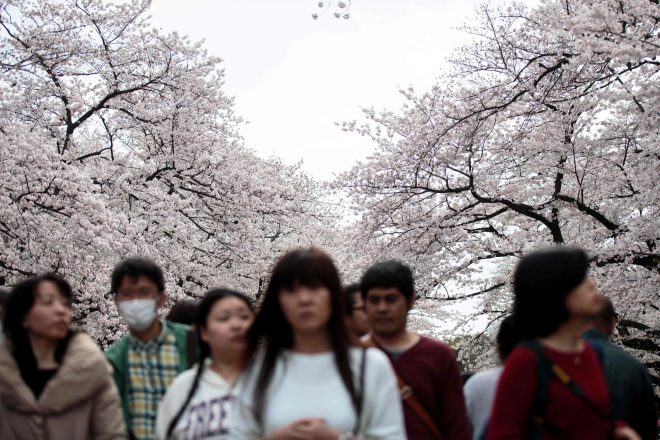 Tokyo- The estimated number of foreign visitors to Japan in fiscal 2016 surged 16.2 percent from the previous year to 24,823,000, reaching another record high on a fiscal-year basis, the Japan National Tourism Organization said Wednesday.
In the year ended in March, visitors to Japan from other parts of Asia especially grew on the back of increases in the number of flights, including those operated by low-cost carriers, and of cruise ships visiting the country.
The number of visitors from mainland China was the largest by region, at 6,549,000, up 18.2 percent.
South Korean visitors increased by 22.3 percent to 5,424,000, Taiwanese by 7.7 percent to 4,202,000 and visitors from Hong Kong by 14.8 percent to 1,891,000. Visitors from the United States expanded 18.5 percent to 1,275,000.
The government aims to boost the annual number of visitors to Japan to 40 million in 2020, when the Tokyo Olympics and Paralympics will be held.
In March alone, the number of overall foreign visitors rose 9.8 percent from a year before to 2,205,700, the highest figure on record for the month. The number of travelers from South Korea shot up 30 percent, while visitors from mainland China increased a mere 2.2 percent. (Jiji Press)