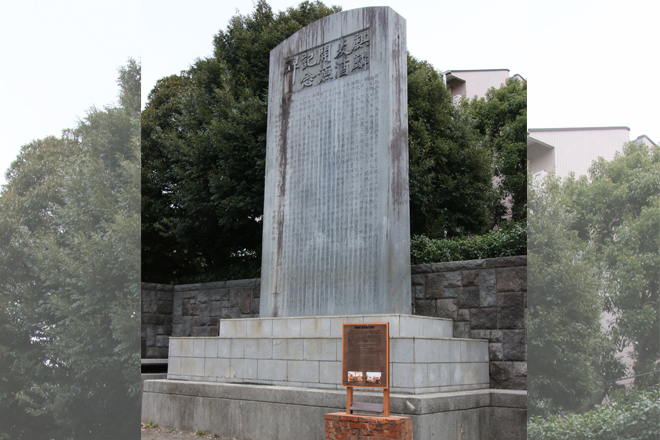 Yokohama- This year marks the 150th anniversary of Japan's first continual commercial beer production, in Yokohama, south of Tokyo, by U.S. brewer William Copeland, known as the father of the Japanese beer industry.

Beer made in Yokohama has become well-known to the public through efforts by foreign residents in Japan and contributed to the development of Japanese food culture.

Takeshi Yamamoto, a 45-year-old employee of Kirin Brewery Co., who is well-versed in the history of beer, noted that the first beer brewery in the country was set up in a foreign settlement in Yokohama in 1869.

Spring water suitable for beer production was available in the district, now the Yamate area in Yokohama's Naka Ward, according to Yamamoto.

By providing technical guidance to local people and selling malt, he paved the way for beer brewing by Japanese people and the popularity of beer among households.

Spring Valley Brewery, which was put up for sale in 1884 due to slumping business, is a predecessor of Kirin Brewery.

In Japan, commercial beer production originated in Yokohama apparently because of its highly populated foreign settlement as well as demand from foreign sailors.

Beer was a substitute for water that was perishable in those days, when there was no refrigeration technology, according to some experts.

"We'd like to take over the will of Copeland that lasted in Yokohama for 150 years and disseminate beer culture," Hiroko Shimamura, the 49-year-old president of Spring Valley Brewery, said. Jiji Press