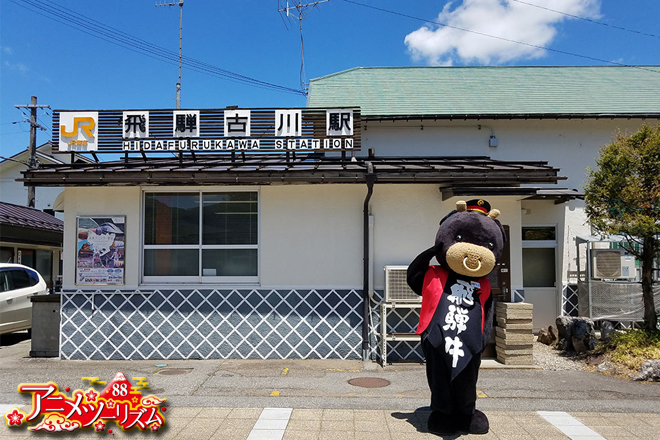 Based on votes from around the world, the public-private group also picked Hakodate in the northernmost prefecture of Hokkaido, Aizuwakamatsu in the northeastern prefecture of Fukushima and Takarazuka in Hyogo Prefecture, western Japan.

The idea of picking 88 locations was inspired by the traditional 88-temple pilgrimage trail, called "henro," across the southern Japan island of Shikoku.

The association announced 150 candidate locations in March. Based on votes collected on the designated website that supported Japanese, English and three other languages, the association picked the 88 locations after discussions with relevant parties.

The association plans to announce anime pilgrimage locations every year. The number of sites will increase next year.

The association will widen the scope of its selection to cover the entire Japan, he also said.

The Hida government is strengthening measures to help foreign visitors, including by stationing English- and Chinese-speaking staff full time at its tourist offices.

"We feel honored to have been picked," Hida Mayor Junya Tsuzuku said in a ceremony to announce the 88 locations at the Makuhari Messe convention center in the city of Chiba, east of Tokyo.

He added that the Hida government will work hard to better serve visitors together with other municipalities on the anime pilgrimage list. Jiji Press