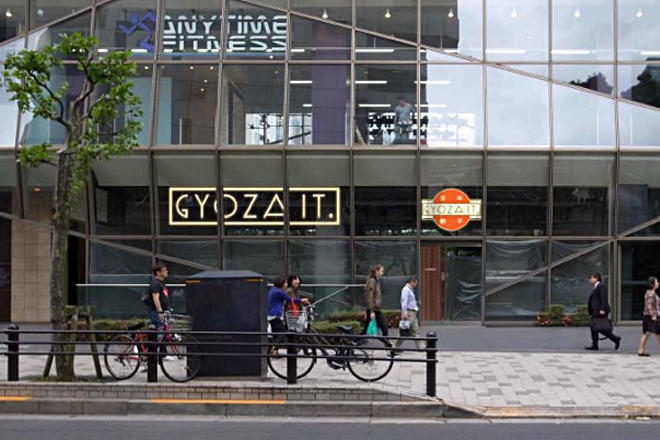 The menu at the restaurant, "Gyoza It.," run by the unit of food and seasoning maker Ajinomoto Co. <2802>, will includes four types of gyoza cooked on a five-meter-wide iron plate.

The restaurant will offer new styles of gyoza, including those wrapped in perilla leaves and eaten with whole-grain mustard and truffle salt.

A planned event will feature foods similar to gyoza from across the world, such as Russia's piroshki.

The Tokyo-based company has hired staff from various countries. A total of 15 languages will be available at the restaurant.

"We hope to spread gyoza culture all over the world," Hidetora Yoshimine, president of Ajinomoto Frozen Foods, told a press conference.

The company expects 300,000 people will visit the restaurant over five years. Jiji Press