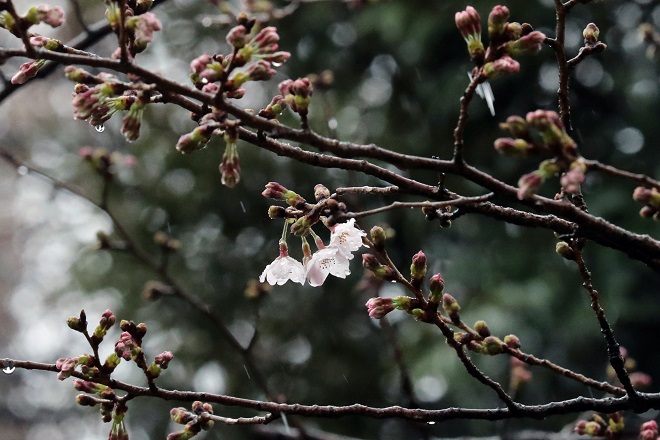 Tokyo- Cherry blossoms started coming out in Tokyo on Saturday at the earliest date on record in the Japanese capital, becoming the first to bloom in the nation this spring, the Japan Meteorological Agency said.

The agency said a Somei-Yoshino cherry tree monitored in Yasukuni Shrine in Chiyoda Ward began blooming on the day, 12 days earlier than average year and seven days earlier than last year, apparently thanks to a warmer winter.

The previous earliest records since statistics started in 1953 were made in 2002 and 2013, when cherry blossoms started coming out on March 16.

Tokyo is expected to see cherry blossoms in full bloom in a week to 10 days.

This winter, the average temperature in central Tokyo was the third highest on record, at 8 degrees Celsius. The capital also had many warm days in March.

But Tokyo saw snow on Saturday afternoon due to a low-pressure system off the Kanto eastern Japan region.