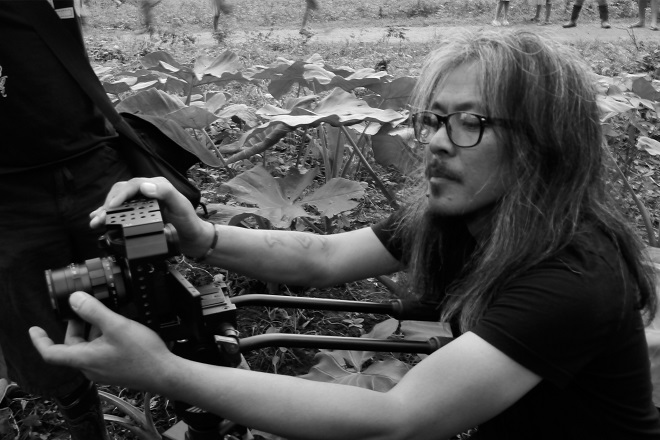 Filipino filmmaker Lav Diaz came to Paris as part of his participation in the 15th edition of the Hors Piste Festival at the Centre Pompidou, the prestigious cultural center of France.

Diaz is one of four filmmakers whose films were featured at the festival, which started on 25 January 2020. Eight of his films were included in the screening schedule namely, “Evolution of a Filipino Family”, “Batang West Side”, “Ang Panahon ng Halimaw”, “Ang Hupa”, “Mga Anak ng Unos”, “Death in the Land of Encantos, Norte: Hangganan ng Kasaysayan” and “Mula sa Kung Ano Ang Noon.”

The Hors Piste (or Off-Piste) Festival, an annual contemporary art exhibition, is being held this year from 24 January to 09 February with the theme “Le people des images” (People of Image). The exhibition, which showcases films and other multimedia art forms, focuses on how - in this day and age of smart phones and social media – people become both the subject and the creators of images depicting current realities and/or their thoughts and expressions surrounding these realities.

Apart from the screening of his films, Lav Diaz participated in the exhibition’s “La leçon des images” (lesson of images) wherein he read a six-minute poem in Filipino entitled, “Paris” which he had wrote just a day before about his experience of arriving in Paris and his contemplations about the Philippines, where he just flew from, and the status of affairs in the country and of its people, as well as his imminent departure from Paris to visit his family in the US.

On January 30, Lav Diaz held a master class as part of the Hors Piste program where he shared to the audience of around 100 people, significant turning points in Philippine history, his own personal experience growing up in the southern part of the country and also in Manila, through Martial Law and the early days of his filmmaking in New York. He spoke of the late Filipino director Lino Brocka and how his movie “Maynila, Sa Kuko ng Liwanag” had moved him and allowed him to come to a realization that cinema could be a tool for change. A short clip of Lav Diaz’s current film, “By the Waters of Sorsogon” was presented at the start of the master class and was shown in its entirety afterwards.

Representatives from the Philippine Embassy in Paris had been present at various screenings throughout the exhibition week, including during the master class, as a show of support for Philippine participation to the event.

The Centre Pompidou, where the Hors Piste Festival is held, houses France’s National Museum of Modern Art - which is said to be Europe’s largest museum for modern art, the Institute for Research and Coordination in Acoustics/Music (IRCAM), and the Public Information Library. It organizes a program of exhibitions on contemporary art and welcomes between 3.5-3.8 million visitors every year. For more information, visit the Embassy’s website and Facebook page. DMS