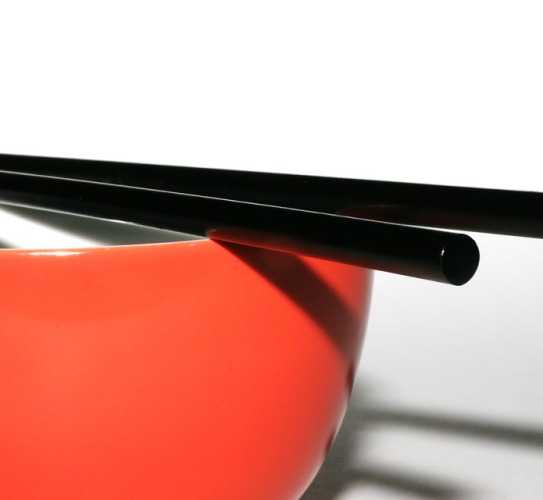 Japan's biggest "udon" noodle restaurant chain, Marugame Seimen, has gained a foothold in Russia, overcoming the obstacles to foreign companies that have kept many of its rivals out of the market. With Tokyo and Moscow seeking to strengthen private-sector ties, Marugame Seimen's operator Toridoll Holdings Corp. has shown a way forward for Japanese food service firms in the promising but difficult-to-crack market. "Fortunately, our business in Russia is robust now," Satoshi Suga, a manager of the International Business Development Division of Toridoll, said in a recent interview with Kyodo News. The Kobe-based company, listed on the First Section of the Tokyo Stock Exchange, set up a wholly owned subsidiary in Russia and opened its first Marugame Seimen restaurant in Moscow in 2013. It has six in Russia's capital at present. The Japanese fast-food noodles, usually served with a soy sauce-based broth and toppings such as seafood or vegetable tempura, are drawing queues to the outlets. A bowl of udon costs around 5 dollars. With Japan's food service market shrinking as its population falls, Russia is a "very attractive" market given its vast size, large population and strong economic potential, Suga said. Achieving success, however, was not easy. Problems included getting Russians to try what is a little known dish in the country and cutting costs, a task made difficult by stricter regulations for foreign companies, he said. "It was extremely difficult to raise the recognition of udon. Even though we showed udon to Russian people, they were reluctant to eat it as they were not able to imagine the taste," Suga said. But Marugame Seimen believed udon would be accepted in Russia because the country has a "culture of soup" as represented by borscht. The restaurant chain tried to localize the taste of its udon meals. "We should not push our tastes on local people, saying this is the Japanese taste. The most important thing is to understand what local people want and consider how we should arrange the Japanese taste in concert with their tastes." Initially, there were people who only ate the soup without the noodles, but Toridoll, working with local staff, tried to create udon with a Russian-style taste that is a little stronger than the Japanese style. "In Russia, udon with teriyaki chicken is popular, which is not on sale in Japan," Suga said, adding, "Localization is the key to success in the Russian market." Another hurdle Marugame Seimen confronted was making a profit while complying with rules for foreign firms operating in Russia, such as higher taxes. "We are selling products whose unit price is cheap. High taxes hurt our business," Suga said. In an attempt to ensure profitability, Toridoll launched a joint venture with a Russian company in 2015. It also decided to purchase ingredients, including flour, from local entities as much as possible and slashed advertising expenses by utilizing free social network services like Facebook and Instagram. "We do business abroad on the principle that we procure as many things as possible locally. We can use saved money to expand our business there," Suga said. Toridoll is eager to increase the number of its Marugame Seimen restaurants in Russia, with Suga confident that the company can make udon as popular as sushi in the country. "Many Russian people have a positive image of Japanese food, such as it being good for health. As udon is as reasonably priced as a hamburger, Russians are likely to become more attracted to udon," Suga said. Marugame Seimen restaurants are self-service stores. Customers can watch the cooks make and boil the noodles, and pick the tempura of their choice as toppings. "By letting customers watch what happens in the kitchen, customers can get a feeling of safety and enjoy watching the process of preparing udon. These are advantages that will allow us to compete in global markets," Suga said. Marugame Seimen, whose first store opened in Japan in 2000, now has roughly 800 shops in Japan and more than 160 in 12 overseas markets including Australia, Cambodia, China, the United States and Taiwan. "We have been remaining in all-out attack mode abroad. Once we feel the potential in an area, we open a restaurant there. Whatever the country, what we have to do is same," Suga said. (Tomoyuki Tachikawa, Kyodo News)