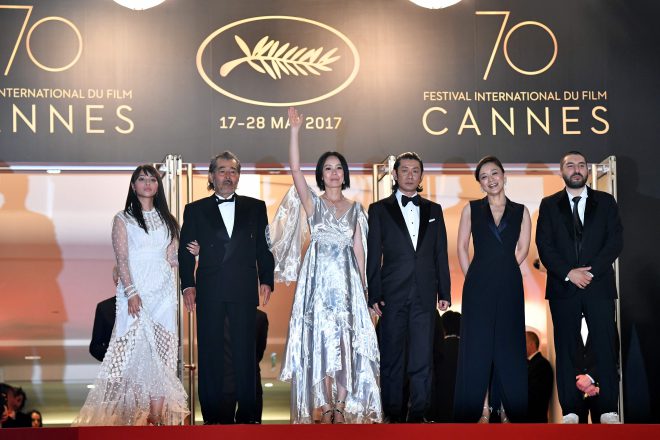 A press conference was also held before the screening. The movie is presented in the Official Competition of the festival which runs from 17 to 28 May. (EPA/GUILLAUME HORCAJUELO/ LOIC VENANCE- Jiji Photo)