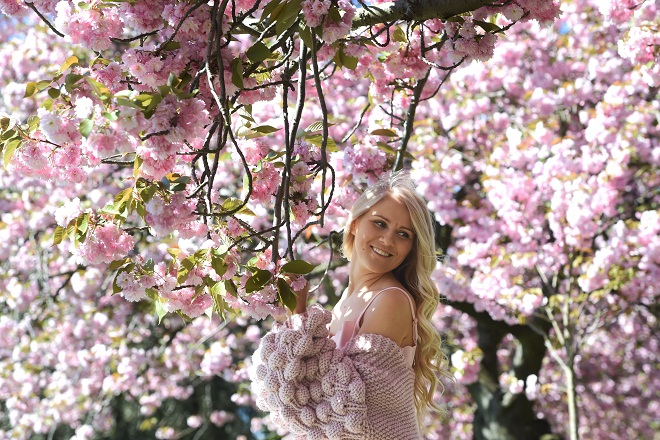 Project under Way to Donate 5,000 Cherry Trees from Japan to Britain

London- More than 5,000 cherry trees are set to be donated from Japan to Britain in a project symbolizing the friendship between the two countries.

Cherry tree planting has already started under the project.

"I think the project will be talked about for the next 100 years," said Keisaku Sano, head of the Japan Association in the UK and one of the key organizers of the project.

He also indicated his hope that the project will help further deepen cultural exchanges between Japan and Britain.

Leaders of Japan and Britain have welcomed the move in a joint statement.

In the past, cherry trees were donated from Japan to the United States over 100 years ago.

As part of the project, 36 cherry trees from Japan are slated to be planted at Regent's Park in London in autumn this year, while a cherry blossom festival is planned for spring 2020.

Some 60 million yen to finance the project has already been secured, thanks partly to donations from Japanese companies.

"There is a perception that the close Japan-Britain partnership is unwavering despite the current difficult times marked by Britain's planned exit from the European Union, and this belief has been widely shared," said Takashi Tsukamoto, an executive of the Japan-British Society and former president of Mizuho Financial Group Inc., one of Japan's top three banking groups.

Tsukamoto played a central role in the procurement of funds for the cherry tree project, which has also been welcomed by British officials.

During a recent meeting at Britain's parliament, Luke Graham, a lawmaker in the House of Commons, reported a cherry tree-planting event held at a location in his constituency and encouraged every member of parliament to visit the site. He also said he hopes everyone can enjoy viewing cherry blossoms in the near future.

The cherry trees to be sent from Japan, including such varieties as Somei-Yoshino, Beniyutaka and Taihaku, will be planted at some 80 parks and other places in Britain. Cherry trees will also be sent to the University of Cambridge and other schools in the country.

Taihaku had once become extinct in Japan. But the late British gardener Collingwood Ingram grew the variety at his home and brought it back to Japan. Jiji Press