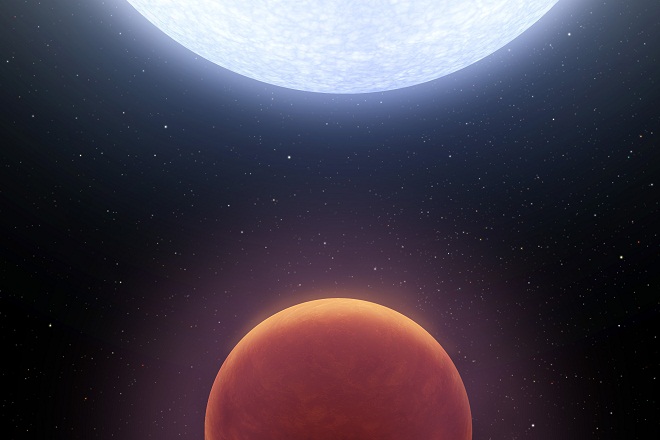 Tokyo- A group of Japanese and other researchers has discovered an extremely hot planet with surface temperatures as high as those of stars, according to an online article in the scientific journal Nature.

The researchers, including those from the University of Tokyo and the National Astronomical Observatory of Japan, have found that the planet, called KELT-9b, has dayside temperatures of about 4,300 degrees Celsius, according to the article published on Monday.

The findings are based on close observations of the planet, including at the NAOJ's Okayama Astrophysical Observatory in western Japan.

The planet, which orbits the KELT-9 star every 1.5 days, is the hottest of the nearly 4,000 planets discovered outside the solar system since 1995. The star, 650 light-years from Earth, has a temperature of about 10,000 degrees. Jiji Press