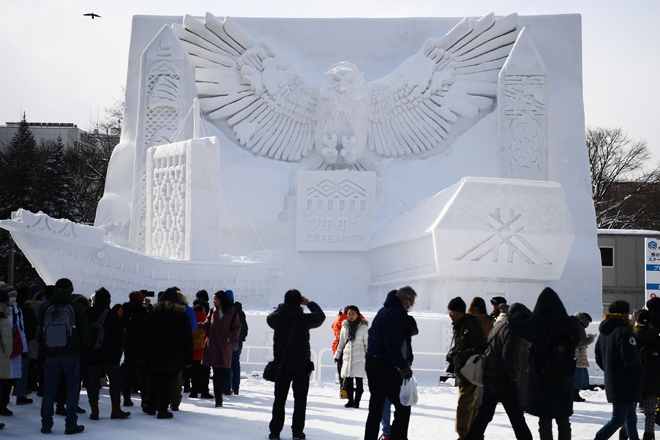 Every year, tens of thousands of tourists flock to the world-famous snow festival in the northern Japanese city of Sapporo, attracted by some 200 massive and intricate ice sculptures, but this year, there's just one problem: no snow. AFP-Jiji Press