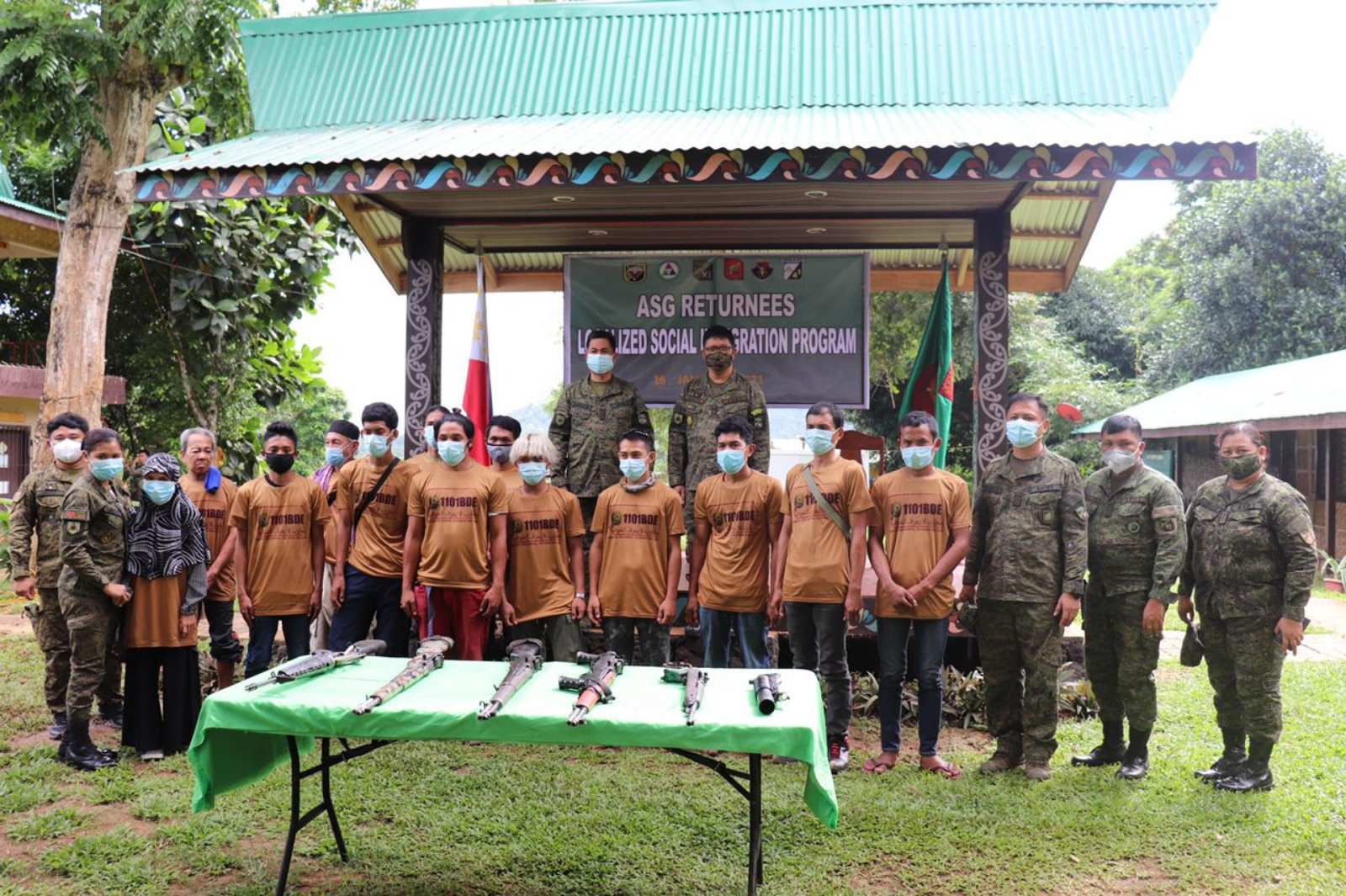 Thirteen  alleged Abu Sayyaf members, including one female, surrendered to the military in Sulu on Saturday.

They yielded to Col. Antonio Bautista Jr. commander of Army's 1101st Brigade at its headquarters in Sitio Bayug, Barangay, Samak, Talipao, Sulu at around 12pm.

Bautista welcomed them, saying fighting is not a solution to attain a peaceful community.

“With a continuous surrender and collaboration with the security forces, we can achieve lasting peace in the entire Sulu province,” he said.

The 13 turned over five firearm, consisting of two Garand rifles, one M16, one grenade launcher and one M2 carbine.

The 27 year-old female Abu Sayyaf member happened to be the cousin of Mundi Sawadjaan, allegedly behind the twin bombings in Jolo.

"She was encouraged to surrender three months after the arrest of three female suicide bombers in Sulu last October 2020. The Abu Sayyaf is known to use women, especially widows of terrorists, as potential suicide bombers particularly targeting military troops," the military stated.

The surrenderees will undergo custodial debriefing and medical check-up by government forces. They will receive livelihood programs from the LGU for them to start a new life. Robina Asido/DMS