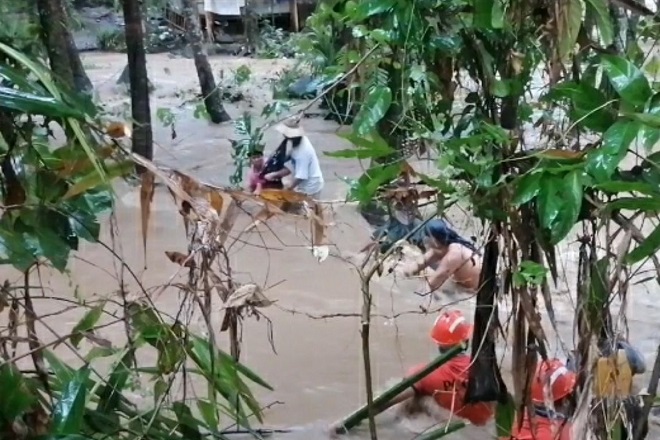 Thirteen municipalities in the provinces of Southern Leyte, Samar, Eastern and Northern Samar were flooded  because of a weather system affecting Eastern Visayas.

According to the Regional Disaster Risk Reduction and Management Council (RDRRMC) in Eastern Visayas ,  flooded areas in Samar were  in Matuginao road in the municipalities of Gandara while landslides were monitored in Jiabong and Paranas.

In Northern Samar, the areas affected by flooding were  two barangay in Catarman, one in Catubig, at least seven in Allen and three in Capul while in Eastern Samar includes 15 barangays in Dolores, two in Sulat, one in Arteche, two in Maslog, Jipapad, two in Can-avid, two in San Julian and 24 in Oras.

In Southern Leyte, only the barangay Kahupian in Sogod municipality is flooded.

Because of these incidents, a total of 129 families or 627 individuals  were evacuated pre-emptively in Catubig and Catarman, Northern Samar.