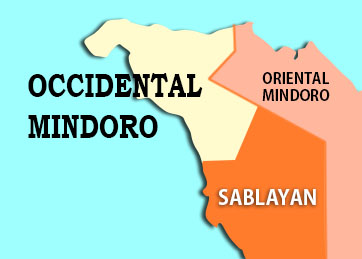 2 killed in battle with alleged NPAs

Two people, including a soldier, were killed while two were wounded in two separate encounters with alleged members of New People’s Army (NPA) in Region IV on Monday morning. 1Lt. Xy-zon Meneses, spokesman of the Army’s 2nd Infantry Division, said the first incident was in the vicinity of Sitio Tagbungan, Brgy Barahan, Sta Cruz, Occidental Mindoro when a section of troops from 76th Infantry Battalion encountered around 30 armed NPA terrorists around 10 am. He said the fire fight that lasted for about 30 minutes resulted in the death of a female NPA identified as Ka Bikke, and recovery of one caliber .9mm pistol along with Improvised Explosive Device (IED). Meneses said the second encounter was at the vicinity of Sitio Little Baguio, Brgy Magsaysay, Infanta, Quezon around 11 am. He said the troops encountered around 30 rebels for about 15 minutes which resulted in the death of one soldier and wounding of two others. Meneses said the wounded were brought to the 2nd Army Station Hospital in Camp Capinpin, Tanay, Rizal for medical treatment. “Names of the slain and two wounded soldiers were not yet released as their respective families were not yet informed,” he said. Meneses said “according to Major Gen Rhoderick Parayno, Commander of 2nd Division, the troops are still conducting pursuit operations on the said areas to track down fleeing enemies.” “He also assures that the army will continue to go after the rebels until they stop terror acts they commit against the people,” he said. (Robina Asido/DMS)