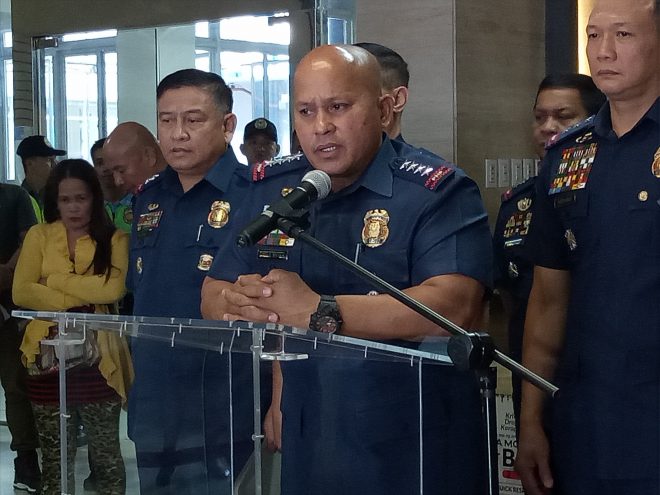 Two persons of interest in the massacre of five family members in San Jose del Monte City, Bulacan last week were found dead. A man called Inggo, one of the persons of interest in the massacre of the Carlos family  on June 27 was found dead with  a placard saying "I am an addict and rapist, Do not follow"  on Tuesday morning, reports said. Pongga, the other person of interest, was found lifeless with several gunshots on Wednesday, reports added. Philippine National Police Director General Ronald Del Rosa said the person who killed the two  is "most likely" a vigilante. "Somebody who is aggrieved, somebody who is very angry in what they are doing. That will be somebody. We cannot say who is that somebody that is why we PNP will investigate", he said. Police arrested Carmelino Ibanes,26,  on June 29, after admitting he killed the five victims  “under the influence of illegal drugs and liquor.” Ibanes pointed out two accomplices in the crime. The victims were Auring Dizon, 58, his mother-in-law; her daughter Estrella Dizon, 28; and  Donnie, 11; Ella, 7 and Dexter Jr., 1. (Alanna Ambi/DMS)