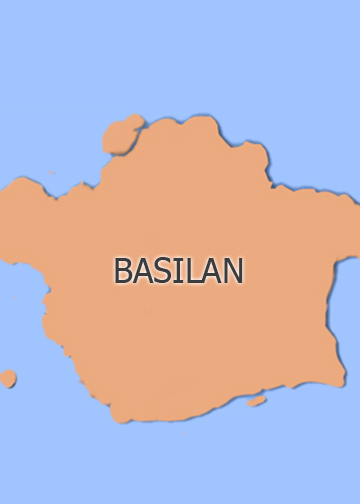 A member of Abu Sayyaf Group was captured by the government troops in Basilan early Sunday morning, a military spokesman said Monday. Captain Jo-an Petinglay of the Armed Forces of the Philippines (AFP) Western Mindanao Command, identified him as Ismael Gampal. Petinglay said Gampal was captured by soldiers of 19th Special Forces Company of the 4th Special Forces Battalion at the vicinity of Brgy Bohe Yawas, Lamitan City, Basilan. “Recovered from Gampal’s possession is an M16 rifle and other war materiel including a battle dress uniform and a military back pack,” she said. Petinglay said based on their record a total of 262 Abu Sayyaf members were neutralized by the military forces in Western Mindanao. “Of this number, 97 bandits were killed, 67 were apprehended, and 98 surrendered,” she said. “A total of 151 firearms of the threat group were recovered by the troops, 131 of which are high-powered and 20 are low-powered,” she added. Petinglay said the captured terrorist member and the recovered items “were brought at the headquarters of the 19SFC at Brgy Dangcalan, Lamitan City for debriefing before being turned over to Lamitan police.” Colonel Juvymax Uy, commander of the Joint Task Force Basilan, said the arrest was made because of their continued military operation against the Abu Sayyaf in the province. “Our persistent military operations  targeting Abu Sayyaf group resulted to this recent accomplishment,” he said.  (Robina Asido/DMS)