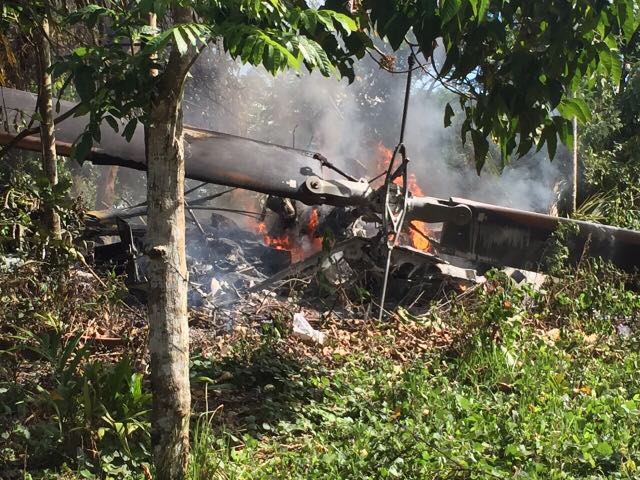 The Philippine Air Force (PAF) was still clueless why its chopper crashed, killing three soldiers, in Rizal province as it grounded the other units, an official said on Friday. Col. Antonio Francisco, PAF spokesman, said they have to ground the remaining UH-1D helicopter units as part of the standard operating procedure. Francisco explained that the other choppers would be inspected. "If there will be no discrepancy, the grounding will be lifted," he said. The official failed to give the exact number of remaining UH-1D helicopters. It could be recalled, however, that PAF was supposed to acquire a total of 21 UH-1D helicopters during the previous administration. But after the delivery of seven choppers, the Department of National Defense terminated the contract due to failure of the American contractor to deliver the other units on time. Shortly after its chopper crashed in Tanay, Rizal on Thursday, Francisco said a team was sent to conduct an investigation. Those who died in the incident were identified as Captain Christian Paul Litan (pilot-in-command), 30, from Mataas na Kahoy, Batangas; Staff Sergeant Byron Tolosa (crew chief), 38, from Barangay Villamor, Pasay City; and Airman First Class Joseph De Leon PAF (gunner), 30, from Lingayen, Pangasinan. The co-pilot, identified as First Lieutenant Ceazar Rimas, 27, from General Trias City, Cavite, who was injured, was already out of danger. In 2015, a UH-1D helicopter also crashed in Sarangani, injuring nine people on board, including the two pilots. (Robina Asido/DMS)