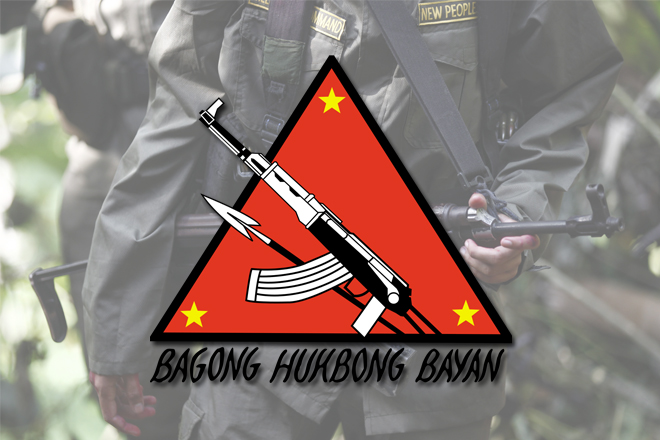 An alleged member of the New People's Army (NPA) was killed in a clash with the government troops in Agusan del Sur on Wednesday, a military spokesman said Friday.

2nd Lt. Cecille Tappa, civil military office of the 26th Infantry Battalion, said the troops were conducting combat operations when they encountered around 20  armed men  at the vicinity of Barangay Segunda, Esperanza  around 2pm.

"The 26th IB conducted focused military operations in the area as a response to the reports of some concerned citizens that members of the New People's Army (NPA) were seen roaming in the area and were planning to conduct atrocities against the government," she said.

Tappa said "the fatality was an unidentified male NPA combatant and was believed to be a member of Regional Sentro de Grabidad of the North Central Mindanao Regional Committee (NCMRC)."

"His fellow wounded NPA comrades abandoned his body while withdrawing from the encounter site. The cadaver was turned over to the Municipal Police Station (MPS) of Esperanza for proper disposition," she added.