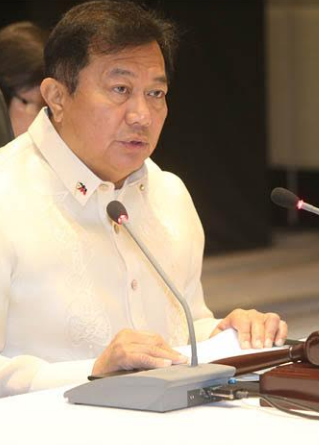 Representatives of the ASEAN Inter-Parliamentary Assembly (AIPA) member-countries exchanged information and presented proposals on how to combat the drug menace in their respective countries and in the ASEAN region, a statement from the House of Representatives said Thursday. Lawmakers from Brunei Darussalam, Cambodia, Indonesia, Lao PDR, Malaysia, Myanmar, Philippines, Singapore, Thailand, and Vietnam individually discussed the drug issue in their respective countries on Wednesday during the 13th AIPA Fact Finding Committee or AIFOCOM to Combat the Drug Menace. Surigao del Norte Rep. Robert Ace Barbers, chairman of the House committee on dangerous drugs, was appointed AIFOCOM chairman. In his acceptance speech, Barbers called on his fellow ASEAN lawmakers to be more decisive and bolder in addressing the drug menace in the region. The ASEAN Senior Officials on Drug Matters (ASOD) reported that despite its efforts, drug trafficking remains widespread in the ASEAN region, with various drugs, namely, methamphetamine, "ice"  or crystalline methamphetamine, heroin, cocaine, marijuana, and ecstasy widely and rapidly spreading in the Southeast Asian countries. ASOD said various dangerous drugs are being produced in some countries in Southeast Asia, especially the so-called Golden Triangle area. These illegal drugs, the ASOD  said, are exported in the rest of Southeast Asia and in other regions. ASOD pointed out different illicit drugs coming from other regions like South America are also being smuggled to the ASEAN countries. ASOD said the ASEAN region is also being used as transit routes for drug trafficking Two international organizations specializing on drugs, namely, the United Nations Office on Drugs and Crime (UNODC) and the ASEAN Senior Officials on Drug Matters (ASOD) have also been invited to present their reports to the AIFOCOM. The UNODC informed the body that in ASEAN, methamphetamine and heroin are still the two major drug threats and there is continuing expansion of the methamphetamine market in Southeast Asia and its neighboring region, East Asia. The UNODC reported in recent years, seizures of both forms of methamphetamine tablets and crystalline, have reached record highs, with 2017 considered as a record year. “Both the number and the scale of illicit methamphetamine manufacturing facilities continue to increase to meet the rapidly rising demand for methamphetamine in the region,” the UNODC reported. “Substantial quantities of precursor chemicals, which can be used for the manufacture of methamphetamine, have been seized in the region with recent trends indicating a diversification of precursors and methods used,” the UNODC said. The UNODC report said a “wide range of new synthetic drugs, often called as new psychoactive substances (NPS), have been identified in East and Southeast Asia in recent years. These include potent synthetic opioids, such as derivatives of fentanyl, which have been implicated in the ongoing opioid overdose crisis in North America.” The UNODC reported that as opium poppy cultivation continues to take place in the Golden Triangle, opiates remain problematic in the region in terms of production, trafficking and use. Some countries in the region, such as Cambodia, Thailand, and Vietnam, reported consecutive increases in heroin use, it said. The UNODC revealed many countries in Southeast Asia are not ready to meet expected challenges from those emerging dangerous synthetic drugs. The UNODC has urged countries in the ASEAN region to adopt multilateral and multifaceted strategies in dealing with the increasing market demand for illicit drugs and in reducing the public health impact of illegal drugs use. DMS   .