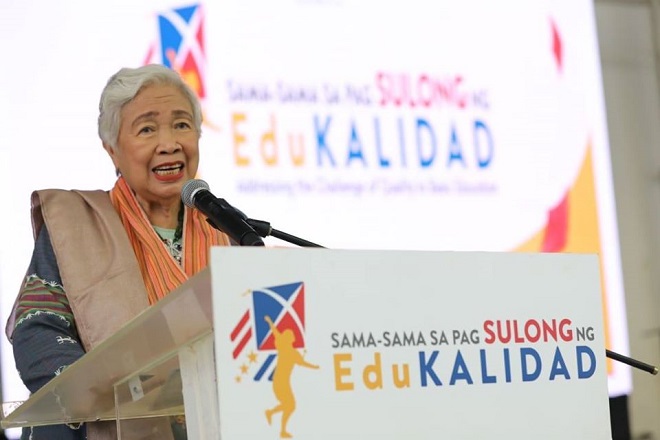 The Department of Education is ready to implement the blended learning starting August 24 as simulation has been ongoing in various districts in the country, an official said.

Education Secretary Leonor Briones, in a taped televised meeting with President Rodrigo Duterte on Thursday night but aired on Friday morning, said 345 school districts and regions have been conducting the dry-run.

"We can start on August 24 the blended learning approach because we have been conducting the dry run, the simulation in all the districts using the different approaches," she said.

Due to coronavirus disease pandemic, the government has decided to forego the face-to-face classes and instead implement the blended learning with the use of Internet, radio, television or printed materials.

Briones also reported that as of July 30, 22.3 million students have enrolled already on the assumption that classes will start on August 24 through blended learning.