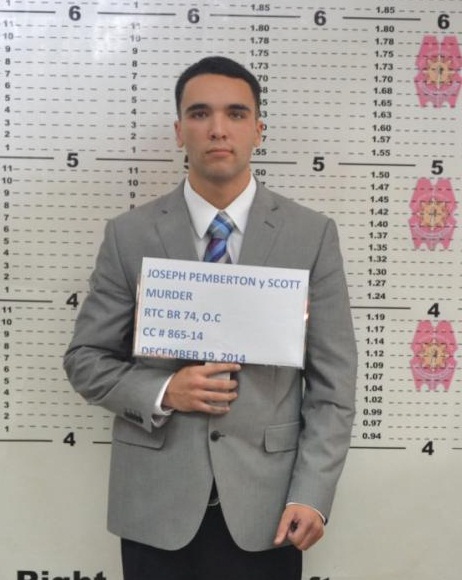 CA upholds conviction of US Marine for death of Filipino transgender

The Court of Appeals has sustained the decision of the Olongapo City Regional Trial Court finding a United States Marine guilty of homicide and sentenced him to a maximum of 10 years of imprisonment and ordered the soldier to pay heirs of his victim. a Filipino transgender, on October 11, 2014. In a 48-page decision, CA’s Special Sixteenth Division through Associate Justice Marlene Gonzales-Sison rejected the appeal of Lance Corporal Joseph Scott Pemberton, who invoked self-defense in killing Jeffrey "Jennifer" Laude inside Celzone Lodge. Associate Justices Ramon Cruz and Henri Jean Paul Inting concurred. “Indeed, a plea of self-defense cannot be justifiably appreciated where it is not only uncorroborated by independent and competent evidence, but also extremely doubtful by itself. Self-defense, like alibi, is a defense which can easily be concocted as it is in this case,” the appellate court held. During the trial, Pemberton claimed he was molested by Laude inside the lodge by pretending to be a woman and which prompted him to defend himself. Pemberton claimed Laude slapped him when he confronted the former for pretending to be a woman. The CA said there was no evidence suggesting Pemberton was first slapped by Laude or he was in grave danger that prompted him to defend himself. “As proven by the prosecution, Pemberton did not leave Laude merely unconscious, but ensured his death by submerging his head inside the toilet bowl. Clearly, Pemberton intended the natural consequence of his wrongful act,” the CA declared. Consequently, the argument that Pemberton was not under local custody during the trial has no leg to stand on. Further, Pemberton is entitled to be credited with the full time of his preventive imprisonment…,” the CA ruled. The appellate court upheld the award of loss of earning capacity to the heirs of Laude in P4.32 million and exemplary damages of P30,000. It also increased civil indemnity and moral damages awarded to Laude’s heirs from P50,000 to P75,000 based on recent jurisprudence. The CA said the heirs of Laude were able to prove through actual receipts P155,250 worth of damages representing autopsy, wake and burial expenses. “Further, it is only apt that all awards for damages shall bear legal interest at the rate of six percent per annum from the date of finality of judgment until fully paid,” the it added. The CA agreed with the RTC Pemberton’s time at JUSMAG compound in Camp Aguinaldo should be credited in the service of his penalty. Pemberton has been detained in Camp Aguinaldo since December 2014 or before his warrant of arrest was denied on December 16, 2014. The appellate court  junked Pemberton’s claim his surrender should have been appreciated in his favor as mitigating circumstance since he has been detained in Camp Aguinaldo as early as December 2014 or before his warrant of arrest was issued on December 16, 2014 and there was no intention on his part to commit such a crime. The CA said the case was filed against Pemberton on December 15, 2014 or four days before the US Marine presented himself to the trial court. DMS