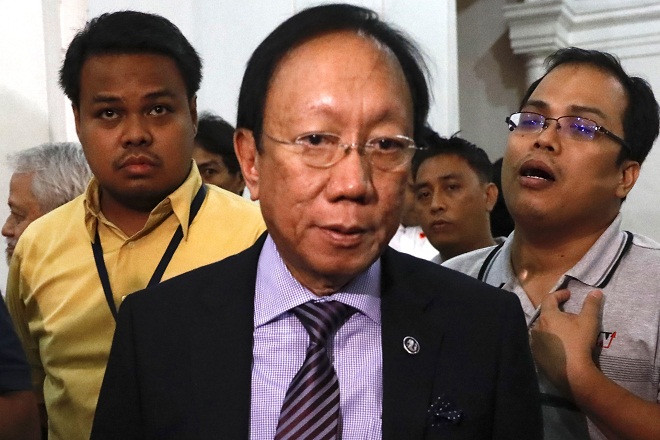 Malacanang expressed belief on Monday that the Office of the Solicitor General was not engaged in delaying tactics after it requested the Supreme Court to reschedule the oral argument over the petitions questioning the constitutionality of the anti-terror law.

The high tribunal has reset the oral argument to February 2 after Solicitor General Jose Calida's request, citing his assistant solicitor general and some staff who were supposed to attend have been tested positive for coronavirus disease.

"In the time of pandemic, no one will lie that they have close exposure or they have contracted COVID. You're morbid if you're going to lie on those things," Presidential Spokesperson Harry Roque said in a televised press briefing.

"I think we should accord the Office of the Solicitor General the presumption of good faith and regularity to discharge of functions," he said.

He added that contracting COVID-19 is not a "joke only."

Last year, Calida moved for the cancellation of the oral argument of the Anti-Terrorism Act supposedly held in September.

But last November, the Supreme Court set the oral argument for January 19 this year, which was later reset for next month after Calida informed the high court of the COVID-19 infections of some of his staff.

Over 30 petitions have been filed before the high court questioning the constitutionality of the law. Celerina Monte/DMS