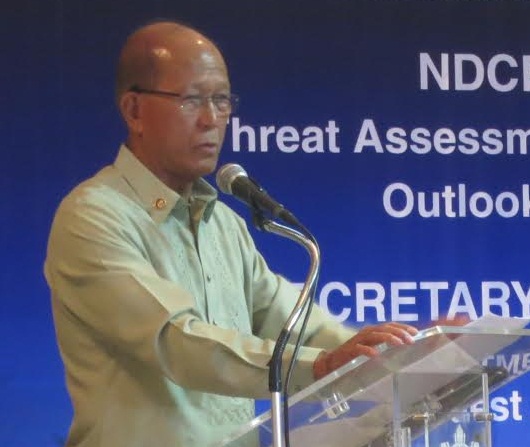 China to deliver military equipment to Philippines by yearend: Lorenzana

China is set to deliver to the Philippines by the end of the year military equipment under a grant program, Defense Secretary Delfin Lorenzana said. In a press conference in Beijing Sunday night, Lorenzana said China offered in December $14 million in the form of grant. "In that $14 million, we will acquire four fast boats, 200 sniper rifles, plus several hundreds of RPGs (rocket propelled grenade) with ammunition. Those are grants," he said, adding, "they will be delivered to us by the end of this year." He expressed belief that the military equipment to be supplied by China would be compatible in the Philippines because it also produces specs for the North Atlantic Treaty Organization (NATO). “It is really cheaper… They comply with NATO specifications so I don’t think the quality is so poor that we can’t use it,” Lorenzana said. The Department of National Defense and Poly Technologies, Inc., a Chinese state-owned company, were set to sign on Monday a letter of intent for possible Philippine acquisition of more defense equipment from China. "It’s not yet a document. It’s a letter of intent to deal with them because they’re offering us a lot, a wide array of defense equipment and an offer of a loan from the Chinese government at the tune of about 500 million US dollars," he said. "This is an intent and we are going to send here on the Philippines a technical working group to look at the equipment and see what we need," he added. But while  there is a letter of intent, Lorenzana clarified that it did not follow that the Duterte administration would buy from China. "We are not saying that we will buy from them or we will not buy from them but if we need anything from the Chinese defense industry then we’re going to procure using the loan that they are going to offer to us," he said. Asked of the equipment the the Philippines may purchase from China, he said, "We don’t know yet because we are going to involve the Army, Navy and the Air Force, what equipment they need. We are not going to choose for them. They are going to choose for themselves, what they need from the Chinese defense industry." Lorenzana accompanied President Rodrigo Duterte in his trip to Beijing to attend the One Belt One Road Forum. Celerina Monte/DMS