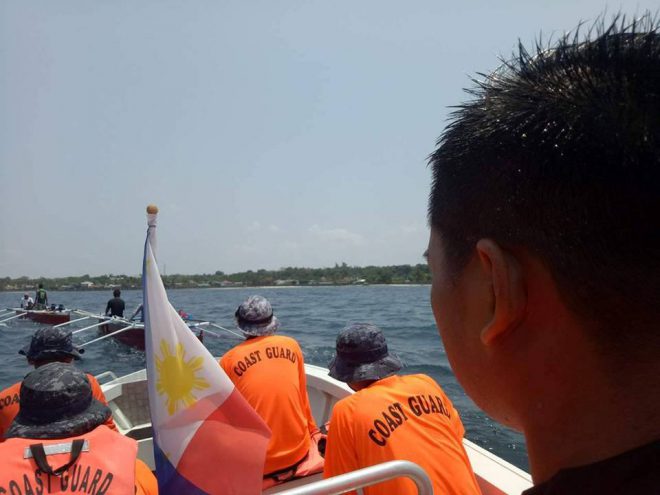 The Philippine Coast Guard (PCG) rescued five passengers of a motorized boat that capsized in Ilocos Norte last Monday. In a statement Wednesday, the PCG identified them as Rosseler Luad, 26, Roderick Banua, 24, John Mark Ponce, 17, Mark Villanueva, 17, and Christopher Villanueva, 10. They are all residents of Brgy 171, Bagongbong Dulo, Caloocan City. The victims were on an island-hopping activity onboard a motorboat owned by their relatives when their vessel capsized after being battered by big waves. “Upon receiving the report from a certain Kevin Jarred De Castro, PCG personnel immediately launched search and rescue operations and successfully rescued all the passengers in good physical condition,” the report said. While they were conducting seaborne patrol and maritime security operation the elements of Coast Guard Station (CGS) Currimao have rescued five passengers at the vicinity waters of Barangay Torre, Currimao, Ilocos Norte. “The captain of the motorbanca was advised to file a marine protest relative to the incident,” the report stated. Robina Asido/DMS