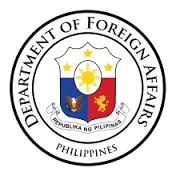 The Department of Foreign Affairs (DFA) said it welcomes the announcement by US Vice President Mike Pence that President Donald Trump will attend two summits in the country this December. “We welcome the announcement made by US Vice President Mike Pence that US President Donald Trump will participate in the East Asia Summit and the ASEAN-US Leaders’ Summit to be hosted by the Philippines in November,” it said in a statement. News reports said Pence made the announcement in Jakarta where he is on an official visit. Pence came from Japan. Trump will attend the Asian Pacific Economic Cooperation (APEC) Summit in Vietnam, also in November, said Pence. DMS