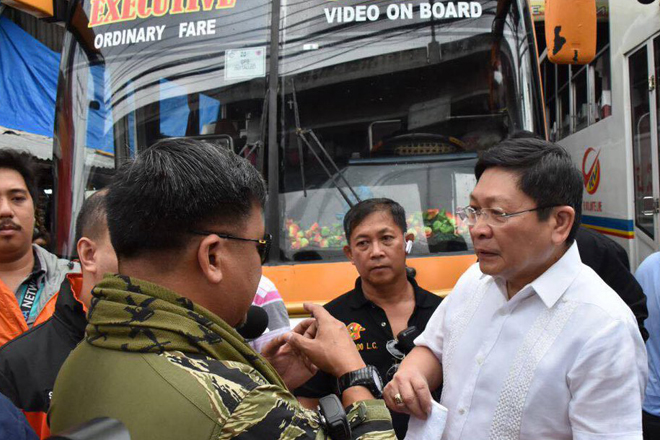 The defense department expressed sympathy to the family of Metropolitan Manila Development Authority (MMDA) Chairman Danilo Lim who passed away on Wednesday morning.

"The Department of National Defense condoles with the family and loved ones of MMDA Chair General Danilo 'Danny' Lim. He was 65," Defense Secretary Delfin Lorenzana said in a statement.

"With the passing of General Lim, the country lost an esteemed leader, who valued public service above all else," he said.

"His vision, which he carried through from his beginnings as a young officer in the Armed Forces of the Philippines to his later years as a civilian public servant, was to uphold good governance and lead by example," he added.

Lorenzana also thanked Lim for his support on COVID-19 response operation of the government.

"A member of Philippine Military Class of 1978, General Lim took the helm of the MMDA with his appointment in 2017 and oversaw the agency's front line response to the COVID-19 pandemic for the majority of the year 2020," he said.

"As chair of the NDRRMC (National Disaster Risk Reduction Management Council) and NTF-COVID-19, I am grateful for General Lim's support to our various inter-agency emergency response operations through the years," Lorenzana noted.

"I also convey my sympathies to General Lim's loved ones and his colleagues at the MMDA. May he rest in peace," he added.

The Philippine Army also condoles with the family of Lim who is a retired brigadier general.

"He is an exemplary leader who dedicated his life in serving the people, even amidst this pandemic. Our thoughts and prayers are with him and his family," he added. Robina Asido/DMS