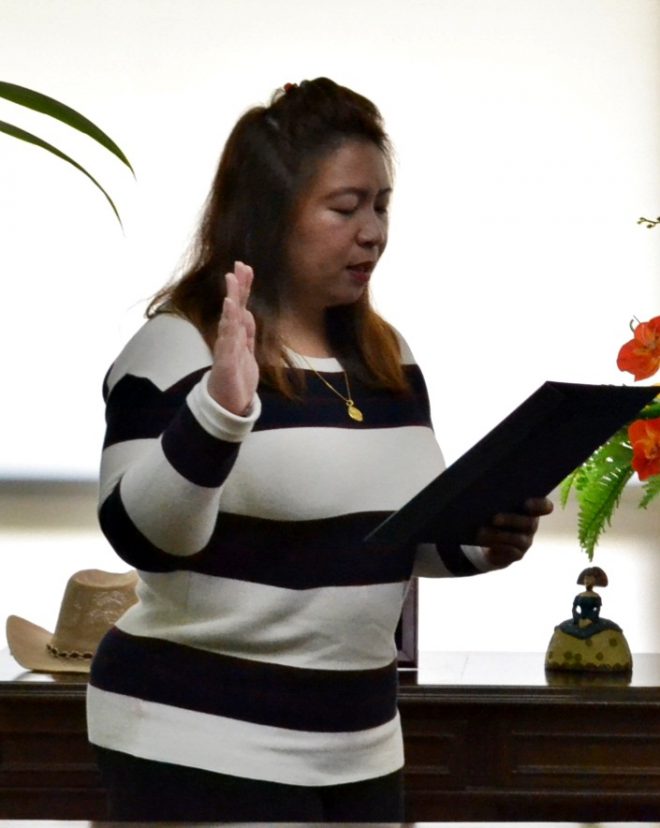 President Rodrigo Duterte fired on Wednesday a female undersecretary of the Office of the Cabinet Secretary over a rice importation issue. In a speech in Nueva Ecija, Duterte did not mention the name of the undersecretary, but according to Agriculture Secretary Emmanuel Pinol, who accompanied the president to the province, the official was Cabinet Undersecretary Maia Chiara Halmen Reina A. Valdez, who was on a "holdover" capacity, meaning she was appointed during the previous administration. "That's why when I was on my way here, when we were about to land, I said call Malacanang, tell her she's fired," Duterte said. Duterte dismissed Valdez after he was "appalled" by Valdez's review on the decision of National Food Administration head Jason Aquino regarding importation of rice, which would compete with produce of local farmers. He said there were reports about a bribery attempt. Duterte said the importation did not push through because he blocked it. Valdez's dismissal came after Durterte also fired on Monday night Ismael Sueno as secretary of the Department of Interior and Local Government due to alleged corruption also. Duterte said he might also dismiss two more undersecretaries, which could mean firing five officials in a week's time. The President assured that the taxes being collected by the government will be returned to the public in terms of projects and assistance. "In (the fight) against corruption and drugs, we won't retreat and I will continue to fire people the moment, the first whiff, the moment I smell it even if it's not true, you're out," Duterte said. (Celerina Monte/DMS)