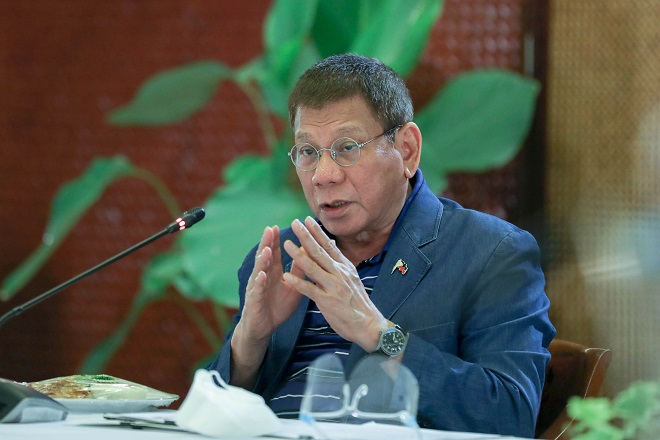 President Rodrigo Duterte has signed into law the bill extending the availability of appropriations under the Bayanihan to Recover as One Act or Bayanihan 2.

"The appropriations authorized under Republic Act No. 11494 or the 'Bayanihan to Recover as One Act' which includes, among others, the automatic appropriations of new programs, projects, and activities pursuant to Section 4 thereof, shall be available for release, obligation and disbursement until June 30, 2021," the new law read.

The balances of fund transfers between agencies, instrumentalities and government-owned and -controlled corporations which, while obligated, remain unused, unutilized, unexpended, and undisbursed as of June 30, 2021 shall revert to the unappropriated surplus of the General Fund.

The law also prohibited the agency outsourcing requests or agreements by agencies, instrumentalities or GOCCs with Philippine International Trading Corporation.

Any balances of fund transfers in the books of the PITC shall revert to the unappropriated surplus of the General Fund upon effectivity of the new law.

The Act shall take effect 15 days after its publication in the Official Gazette or in a newspaper of general circulation.

The government earlier said some P38 billion unspent funds under the Bayanihan 2 could be available with the extension of the effectivity of the law, which initially expired on December 19 last year. Celerina Monte/DMS