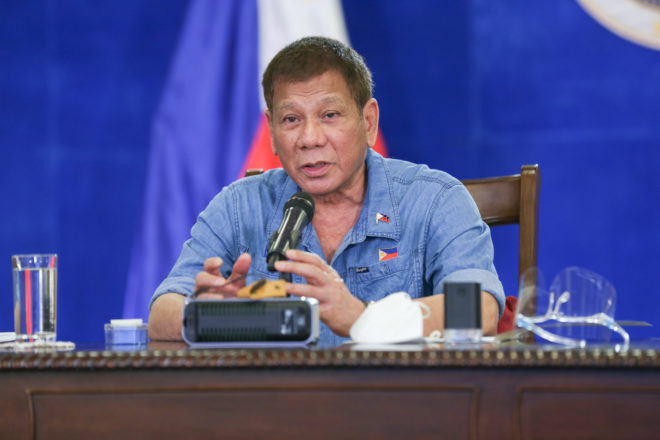 President Rodrigo Duterte is eyeing either a Chinese or Russian vaccine against the coronavirus disease to be administered to him, Malacanang said on Monday.

Presidential Spokesperson Harry Roque, in a televised press briefing, recalled what Duterte said that he would want to be immediately vaccinated in order to show to the public how safe the vaccine is.

He made the statement after the Department of Health reported that the Philippines was able to secure 25 million doses of China's Sinovac vaccine, with 50,000 doses to arrive in the country next month.

"He (Duterte) wants Chinese or Russian. He was asking if it could be both. I think not. So, the President needs to choose between Chinese and Russian vaccine. But since Chinese (vaccine) will come first, he may prioritize the Chinese," Roque said when asked if Duterte would allow Sinovac vaccine to be administered to him.

He noted that Indonesian President Joko Widodo is set to lead the mass immunization in his country using Sinovac vaccine this week.

The government is only expecting Western vaccines, such as from Pfizer and AstraZeneca, by June or July. Celerina Monte/DMS