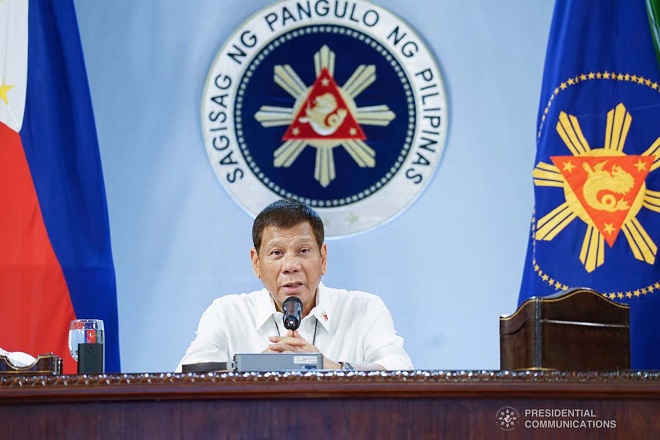 Duterte need not explain if he wants COVID-19 vaccination in private, says Palace

President Rodrigo Duterte does not need to explain why he wants his vaccination against coronavirus disease to be made in private, Malacanang said on Thursday.

"That's his personal decision, and I don't think he has to explain," said Presidential Spokesperson Harry Roque in a televised press briefing.

He said earlier that when the COVID-19 vaccines arrive, Duterte could have the first shot to encourage the Filipinos to have themselves immunized.

But Duterte wanted his vaccination to be in private, he had said.

"He (Duterte) said this does not need to be shown to the public. He is taking the route of the British Sovereign, because the decision of Queen Elizabeth and her husband was to make the vaccinations private," Roque earlier said. Celerina Monte/DMS