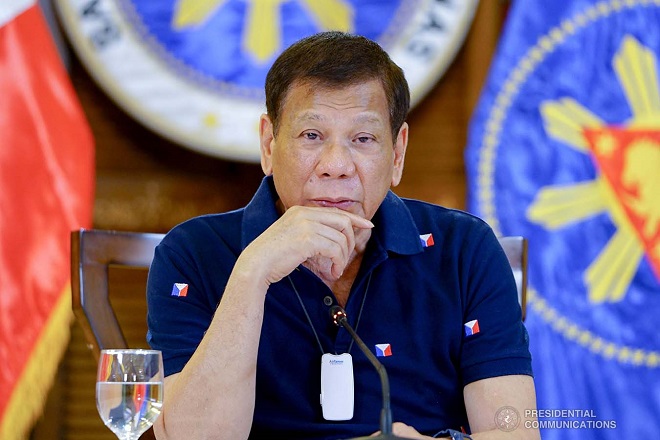 President Rodrigo Duterte is not concealing his statements of assets, liabilities and net worth (SALN), Malacanang said on Wednesday.

Presidential Spokesperson Harry Roque made the statement following the new guidelines issued by the Office of the Ombudsman on who can request copies of the SALN of government officials. The members of the media are not among those in the list.

Since last year, the Office of the Ombudsman headed by Duterte's appointee Samuel Martires has never released yet copy of Duterte's SALN in 2018. It has also yet to make public the President's SALN for 2019.

"The premise there is that he is concealing his SALN - he is not," Roque said when asked on the supposed policy of the President for transparency.

He noted that Duterte issued Executive Order No. 1 on Freedom of Information.

Roque said the one requesting documents from the government should comply with the procedure under EO No. 1 regardless as whoever is the requesting party.

"There is a mechanism to be followed – follow the mechanism. If that does fail, then pursue further avenues under existing laws. The case of Chavez says that the remedy is, file a writ of mandamus if you must, but you need to exercise your rights. If you think your rights are being violated and if that right is freedom of information then do as you must. But I can’t actually consider the President is concealing anything because, as far as I know, he has filed his SALN and it’s been reported upon," he explained.

During the previous administrations, the members of the press could easily secure copies of the SALNs of government officials, such as the president and vice president at the Office of the Ombudsman.

Also previously, the Office of the Executive Secretary also easily provided the media of the copies of the SALNs of all the Cabinet officials.

While there is an EO on FOI under the Duterte administration, securing documents, such as the SALNs, have become difficult.

The late Chief Justice Renato Corona was impeached after his failure to declare all his wealth in his SALNs. Celerina Monte/DMS