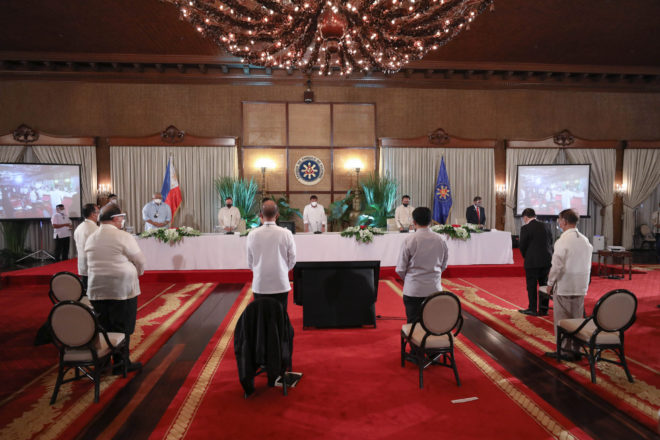 President Rodrigo Duterte has ordered all the concerned government agencies to continue giving full support to the Bangsamoro Autonomous Region in Muslim Mindanao.

"Be assured that this administration will remain determined in its commitment to support self-determination, uphold human rights and advance social welfare in the Bangsamoro region," he said in a speech in Malacanang.

"Today, like the rest of the nation, the BARMM is faced with many counting challenges aggravated by the COVID-19 pandemic. This is why I’ve given marching orders to all relevant government agencies to give full support to the BARMM through continued assistance in the region," he added.

BARMM officials have asked Duterte to support the move to amend the Bangsamoro Organic Law to extend by three more years until 2025 the transition period in order to achieve some of the targets, including the complete decommissioning of some 40,000 combatants of the Moro Islamic Liberation Front chaired by Ebrahim.

Duterte said he was happy that in the past two years, the national government and BARMM have strengthened cooperation, "a significant step in achieving meaningful and lasting peace in Mindanao." Celerina Monte/DMS