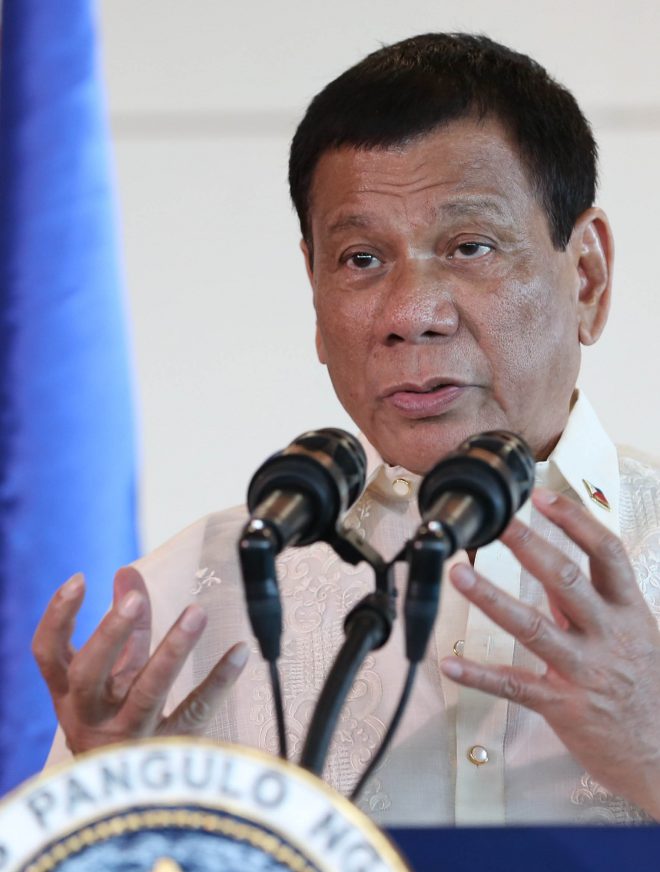 President Rodrigo Duterte said on Monday that terrorism would be dealt "harshly" as authorities were trying to extract information from detained suspected Kuwait and Syrian terrorists. Duterte made the statement amid a travel advisory by the United States Embassy to the Philippines to its citizens to avoid going to central Visayas due to "unsubstantiated yet credible information that terror groups" may be operating in this area, including Cebu and Bohol. "I have read it (travel advisory), not from the military but from the newspaper. Besides, we can handle it," Duterte said, recalling his campaign promise he would deal terrorism "harshly." Duterte said not all Muslims have connection with terrorists. "Just because they are dressed in their native attire and they go about touring the Philippines, sometimes they are mistakenly identified. But I would like to advice my countrymen that the Moro people are our brothers and sisters," Duterte said, adding the public should not be forever afraid of the Muslims. Regarding a recently arrested foreign couple in Taguig for alleged connection with the Islamic State, Duterte said investigators have been trying to get information from them. "Well, you know, if there were lawyers going, I'm sure until now, they're still trying to figure out how to investigate. Especially if they would say 'I need a lawyer. And they will not talk, so we will just have to respect that. Just like any other Filipino citizen in this country, he or she a Maranao, Maguindanao or Tausug, they enjoy the same rights," he said. (Celerina Monte/DMS)