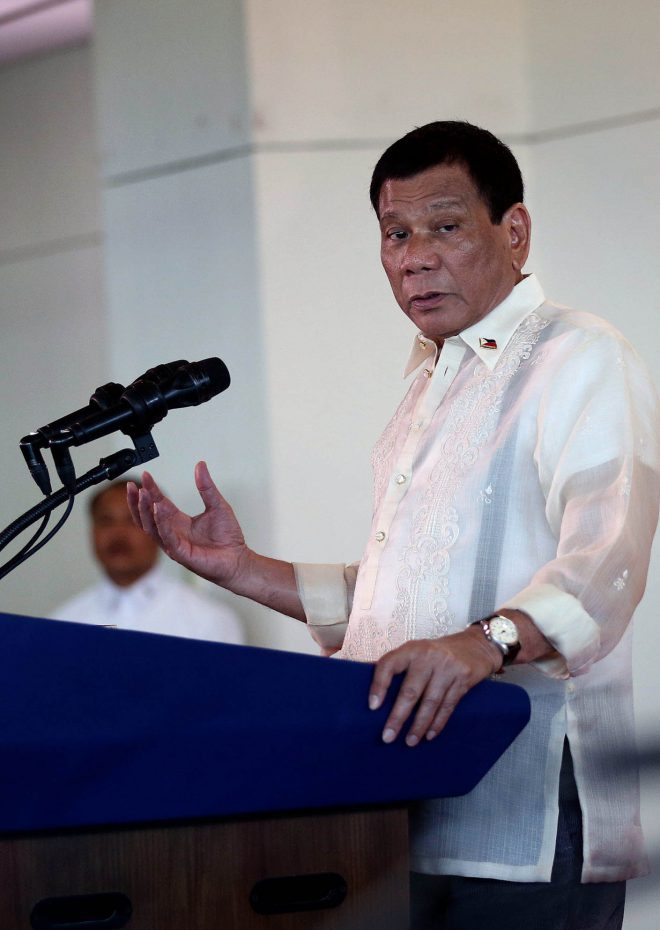 President Rodrigo Duterte welcomed on Monday talks between United States Donald Trump and Chinese President Xi Jinping. "Well, that would be a welcome development. As a matter of fact, I’ve been praying that the two would get together and talk about really what’s --- what ails this planet and talk about peace only and stop violence all over the world," Duterte said in a press conference before leaving for the Middle East at Davao Airport. Xi has visited the US where he discussed trade, with Trump while avoid talking about political gaffes, according to reports. The two leaders also talked about the issue in the Korean Peninsula. This was the first in-person meeting of the two leaders following Trump's assumption to office. Duterte has been following a friendly stance with China despite the two countries territorial dispute in the South China Sea. Duterte declared last year the Philippines would distance itself from the United States, its long ally, after former President Barack Obama raised concern on Manila's alleged bloody war against illegal drugs. But when Trump assumed office, Duterte expressed support on him after the US president even praised the Filipino leader on his campaign against illicit drugs. (Celerina Monte/DMS)