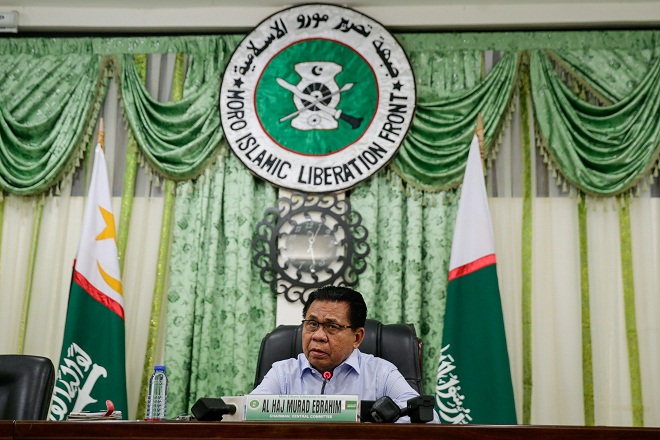 Bangsamoro government Chief Minister Ahod "Al Haj Murad" Ebrahim warned on Friday that the peace process between the Moro Islamic Liberation Front and the Philippine government might be "back to square one" if the administration failed to extend the transition period in the Bangsamoro Autonomous Region in Muslim Mindanao.

"I just want to emphasize, we are not after the power in the governance. What we want is the agreement we have signed will have a successful implementation. It's only a piece of paper if it won't succeed," he said.

"The only way to succeed is to lengthen the transition period," he said.

"Once we can't implement, the reality is we will be back to zero. We will again look for the solution in the problem," he said.

He also said that when they join in the upcoming polls, the result could be rigged.

"If you look at the situation in Mindanao, if the election is the solution, many elections took place, but it doesn't reflect the real sentiment of the people," he said.

Murad and other officials of the Bangsamoro have asked President Rodrigo Duterte's support for the extension of the transition period.

Duterte is supporting the move. But he has said that the decision is with Congress which should amend the Bangsamoro Organic Law.

Bangsamoro Local Government Minister Naguib Sinarimbo, also in the same briefing, expressed hope that Congress will pass the amendatory law on BOL until June this year in order not to be lumped together with the discussion on the passage of the proposed budget for 2022 starting July and before the lawmakers would become busy for the national and local elections next year.

Ebrahim said they might ask Duterte to certify as urgent the passage of the law amending the BOL, specifically on the provision that would extend the transition period until 2025. Celerina Monte/DMS