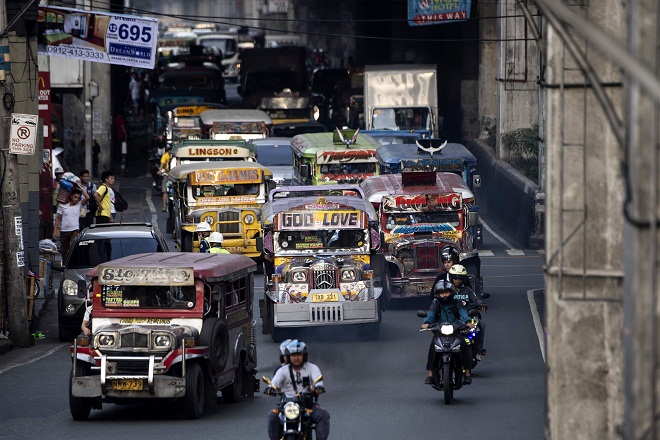 The government's economic team is planning to provide subsidy for drivers of public transport after their livelihood is affected by reduced number of passengers that their vehicles could carry, Malacañang said on Tuesday.

In a virtual press briefing, Presidential Spokesperson Harry Roque said the subsidy could at least help the drivers to recover some of their expenses in operating the vehicles, such as for the gasoline.

"The economic team is thinking (that the government) will provide subsidy, not huge subsidy, but enough to recover since public transportation cannot operate in 100 percent capacity," he said.

He said the assistance could be around 10 percent of their lost income.

Roque said under the proposed Bayanihan 2 law, a P17-billion subsidy for the transportation sector is included.

"The proposal for the subsidy amount to more of less P17 billion, this has to be approved by Congress," he said.

The Department of Transportation has allowed almost all modes of public transportation already in Metro Manila, except for the traditional jeepneys due to health concern.

Those allowed to operate, such as the buses and UV Express, could only carry up to 50 percent of their capacity in order to maintain physical distancing among the passengers amid the coronavirus pandemic. Celerina Monte/DMS