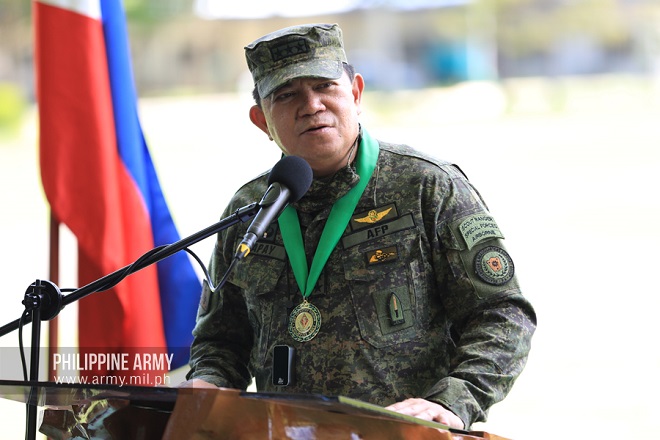 Following the death of four members of military intelligence team allegedly from policemen in Jolo,  Col. Ramon Zagala, Philippine Army spokesman, said Gapay is "enraged and demands that a full-blown investigation must be conducted on the incident".

"The soldiers were on a mission to identify the location of known terrorists in the area. Based on eyewitness accounts, no altercation transpired between the two parties nor was there any provocation on the part of Army personnel to warrant such carnage," Gapay said.

"Furthermore, no agents from the Philippine Drug Enforcement Agency are involved and this is not an anti-drug operation. The Army grieves and condoles  with the families of our fallen men. There will be no let up in our quest for truth and justice," he added.

Zagala said "a military intelligence team on board a sport utility vehicle composed of two officers and two enlisted personnel under the 11th Infantry Division were hot on the trail of Abu Sayyaf members, bomb makers, and suicide bombers in Sulu province."

"They were flagged down by personnel of Jolo Municipal Police Station who were manning a checkpoint in Jolo town proper," he said.

Zagala said the soldiers were fired upon by the policemen even after they have properly identified themselves.

"Even after properly identifying themselves, the police personnel approached and fired upon them for still unknown reasons," he said.

Defense Secretary Delfin Lorenzana said the death of the four soldiers will investigated by the agents of the National Bureau of Investigation (NBI).

"Very unfortunate incident, No additional comment while inquiry is ongoing. The NBI in Zamboanga will conduct inquiry," he said. Robina Asido/DMS